The 18th edition of Indian Television Academy Awards 2018 (ITA Awards) was held yesterday (December 12, 2018), in Mumbai. The awards were given to honour the excellence on the canvas of Indian television. The awards ceremony was hosted by Manish Paul. It was a starry event as celebrities from Television and Bollywood industries graced it. Ekta Kapoor, Jeetendra, Sunny Leone, Mahima Chaudary, Divyanka Tripathi, Surbhi Chandna, Surbhi Jyoti, Pearl V Puri, Anita Hassanandini, Sunil Grover, and others graced the event.

Check out the actors who bagged the awards at ITA 2018!

Harshad re-shared the picture shared by Naihal Bagora and wrote, "Sooooo proud of this team u guys killed it tonight what a beautiful ed for a beautiful start #bepannahlove." - (sic)

Shubhangi Atre shared a picture posing with the award and wrote, "This one is for all of you😘😘Thanku all my fans for all the love and encouragement...love u all😘 #shubhangiatre #angooribhabhi #happysoul #gratitude. #ita2018." - (sic)

Nikul Desai shared a couple of pictures and wrote, "What better to end the year with, "BEST REALITY SHOW DIRECTOR" for RISING STAR. This for the whole team of rising star season 2. #itaawards2018 #award #reward #teameffort # yolo #happy #gratitude." - (sic)

Sunny Leone wrote, "Thanks ITA Awards for this award! Means a lot to me and the entire team of #karenjitkaur @namahpictures @zee5india @aditya_datt @karandontsharma and especially @dirrty99." - (sic) 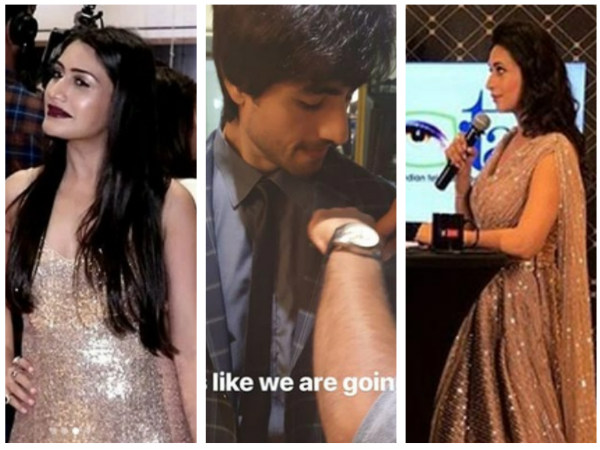