The singers and actresses from Punjabi entertainment industry - Shehnaz Gill and Himanshi Khurana grabbed eyeballs as they entered the Bigg Boss house. It has to be recalled that immediately after wild card, Himanshi's entry, Shehnaz, who was already in the glasshouse, started behaving weird, which surprised everyone. Himanshi made major revelations about the controversy that took place between her and Shehnaz. The former told the Bigg Boss 13 housemates as to how Shehnaz body shamed her and spoke ill about her parents. Even the latter had shared her version of story regarding the controversy. Punjabi actress Divya Sharma, who is a fellow Pubjabi artist and knows Himanshi and Shehnaz, has now opened up about the actresses. In an interview with India-forums, Divya, who won MTV Love School season 3, supported Himanshi and called Shehnaz, creepy and fake!

Divya Sharma told the entertainment portal that Himanshi and Shehnaz are her good friends. The actress added that Shehnaz, whom she knows from past two years, is behaving completely fake inside the house.

The Punjabi actress also revealed that Sana is not like this in real life. She added, "Shehnaz is behaving very innocent and childish, but it's all fake and she's just trying to get sympathy from fans and Salman Khan."

Shehnaz Is A Creepy Person!

Divya also revealed that she and Sana used to stay together, but they had a big fight and parted ways. She said, "I would say that she is a creepy person."

Himanshi’s Allegations On Sana Are True!

On the other hand, Divya said that she knows Himanshi since she did the song ‘Main Tera Boyfriend'. Regarding Himanshi's accusations on Sana, Divya said that Sana is a person who picks a fight. She added that although Sana is not a completely bad person, but the allegations that Himanshi has put on Sana are true.

The actress further told the portal, "Himanshi is a very nice and genuine girl, she loves herself and is a very respected person in the industry. She is elegant and knows how to conduct herself in front of others." 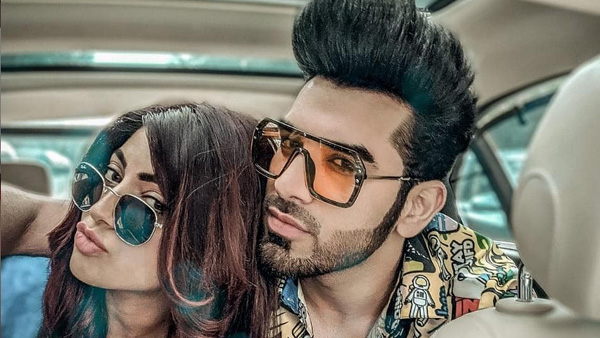