Recently, television actress Ruhi (Shaileshkumar) Singh was booked for allegedly assaulting police officers and drunk driving. According to the reports, the actress was not arrested but was served notice by the police, but two of her friends were arrested in the assault case. The incident took place when Ruhi and her friends were returning from a pub and stopped by a mall in Bandra to use a toilet. Ruhi, who was in an inebriated condition, assaulted the cop as she wasn't allowed to use the loo. Later, she fled the spot with her two friends and crashed into vehicles parked opposite Santacruz police station.

As per Mid-day report, the actress is absconding ever since. The police are in search of her! A Sessions Court in Mumbai has rejected the anticipatory bail application of the Doordarshan actress.

The report reveals, "Two FIRs were registered at both Khar and Santacruz police stations. While the Khar police arrested her friends, they served Singh a notice at her residence, asking her to surrender within two days."

"The law restricts cops from arresting women at night. After receiving the notice, Singh moved the court seeking anticipatory bail but it was denied."

A senior officer was quoted by the leading daily as saying, "We have strong evidence against the accused, including the CCTV footage which shows the accused misbehaving with the cops on duty. Before fleeing from the spot, she snatched the badge of a constable, which was later seized at Santacruz police station." 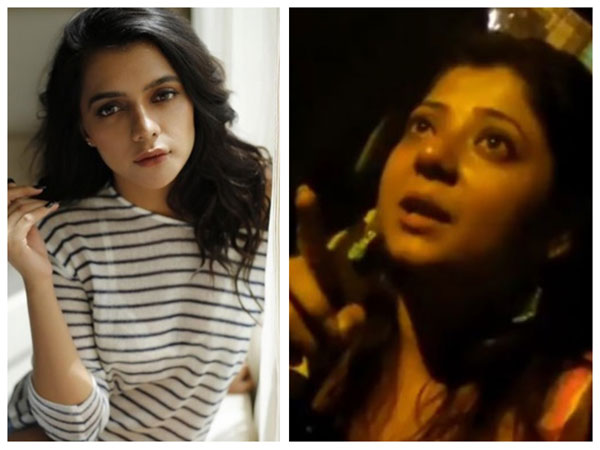 Most Read: Ruhii Singh Is SHOCKED & UPSET With Media For Using Wrong Pictures; Says Her Father Had Panic Attack