It's Valentine's Day today! Television has given us best love stories and greatest jodis. On the occasion of Lover's Day, we've gathered a list of television's most beloved couples who gave us couple goals and we are sure that fans miss them and would love to watch them together anytime on-screen.

Iss Pyaar Ko Kya Naam Doon gave us truly amazing couple - Barun Sobti and Sanaya Irani, who played the roles of Arnav Singh Raizada and Khushi Kumari. This iconic duo took an ordinary show skyrocket into a whole new level of cult fandom. They are popularly known as SaRun and ArShi among the fans.

Vivian Dsena and Drashti Dhami, who played the roles of RK and Madhubala in Madhubala - Ek Ishq Ek Junoon were a treat to watch. The innocent Madhubala and 'Khadus' RK's cute love story and the nhok-jhok impressed audience. The way RK called his wife Madhubala 'Biwi' although initially was rude, later it sounded 'awww'!

Ek Duje Ke Vaaste's Namik Paul and Nikita Dutta are often compared to legendary couple Amitabh and Jaya Bachchan by their fans. The duo played the roles of Shravan and Suman on IPKKND and are popularly known as ShraMan by fans. The couple's cute nhok-jhok and innocent love story attracted fans. But again, the makers broke fans heart's by abruptly ending the show.

Harshad Chopda & Jennifer Winget is one popular couple that viewers can't get over. The duo was seen in Bepannaah, which had unique storyline. The couple, who played the roles of Adiya and Zoya in the show, are popularly known as AdiYa. They have also nicknamed them as JenShad (amalgamation of their real names). Zoya's innocence not only bowled Aditya but also fans. They were amazing for each other. The makers ended the show abruptly and fans are still waiting to watch them together on-screen either in Beypannah 2 or on any other new show! 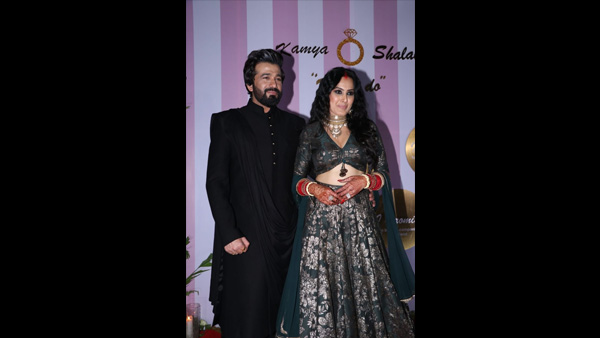