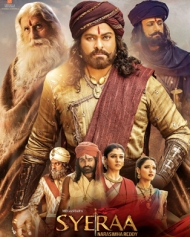 The film takes you through the life of Narasimha Reddy and it has been narrated through a surprise character. Sye Raa Narasimha Reddy's personal life, his fight for the freedom and the way he accumulates his people for the fight against the East India Company, have been showcased in the film.