Raashi Khanna is arguably one of the biggest and most sought-after young divas in Tollywood today. The charming miss enjoys a solid fan-following due to her good looks, bindass nature and sincere performances. Now, she is in the limelight for a surprising reason, During a recent interaction with scribes, the Tholi Prema beauty said that she has no plans of taking up Bollywood movies and this ruffled a few feathers. Explaining her decision, she said South cinema is a big thing and an artiste really does not need to go anywhere else to reach a wider audience.

"Hindi films may have a bigger reach, but that's not my aim. It's not like I don't want to do Hindi films or that I'm not trying for them, but it's never been on my mind. South films have a very big reach today and I don't need to go anywhere else," she added.

Raashi also made it clear that language is not a barrier for her as the focus is on doing quality films.

"The language and industry do not matter; I only want to do good roles. Moreover, I don't want to sail in two boats," quipped the sweetheart.

On the professional side of things, Raashi was last seen in the Tamil movie Sangathamizhan, featuring Sye Raa Narasimha Reddy fame Vijay Sethupathi in the lead. She is currently awaiting the release of Venky Mama, directed by Bobby. It is a comedy-drama and will see her acting alongside Naga Chaitanya and 'Victory' Venkatesh. Actress Payal Rajput too is a part of the biggie.

The inside talk is, Venky Mama features several well-executed emotional scenes, which might click with the aam junta. The film is slated to arrive in theatres December 13, 2019. 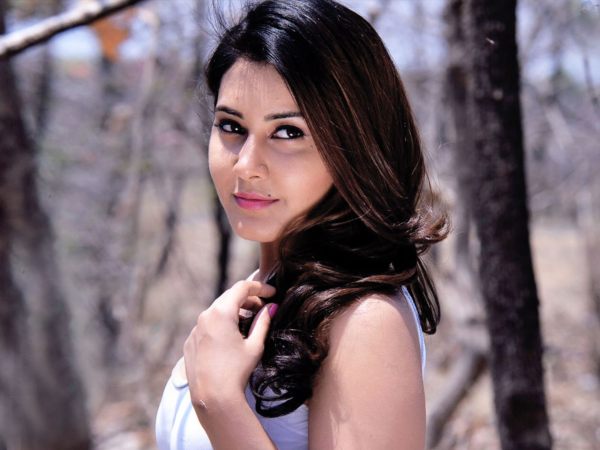 Raashi Khanna Makes A Sweet Revelation About Her First Date