Srihari was one of the most popular actors in the Telugu film industry. However, the actor's sudden death left the entire South industry in shock. Srihari died at the age of 49 due to a liver ailment. Now, the late actor's wife Santha Kumari aka Disco Shanti is planning to make a biopic on her husband.

As per a report published in a leading portal, Srihari's son Meghamsh is expected to portray his father Srihari in the biopic, which is to be directed by a prominent filmmaker. However, the official announcement regarding the same is yet to be made.


Talking about Srihari, the late actor was born in 1964 in Elamarru, Krishna District, Andhra Pradesh. He began his career as a stuntman in the Telugu film industry and had made his acting debut in 1987 with the film, Brahma Nayudu. Srihari had predominantly worked in Telugu films. His characters like Sher Khan and Solomon in Magadheera (2009) and the titular role of Durga in Aha Naa-Pellanta! (1987) will always be remembered by his fans.

Also Read : I Would like to dedicate 'Rough' to Srihari: Aadi
Apart from these films, Srihari had also featured in films like Brindavanam (2010), Broker (2010), Simhachalam (2003) and many others. If everything goes well, we can soon witness Srihari's life story on celluloid. 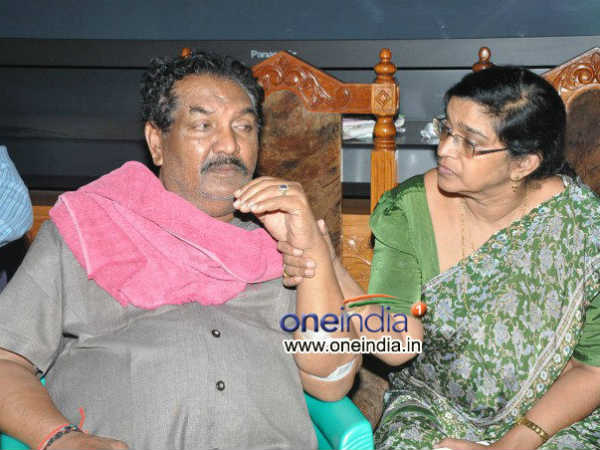