"I was not born with a golden spoon but a film spoon," Rekha had once famously said in one of her interviews. No wonder, the actress ruled the celluoid for decades with her enigmatic charm and bravura performances. Off screen, the diva often created ripples with her bold statements on love, life and more. Rekha who was once mocked by her classmates when she told them that she would be a star one day, eventually turned out to be one of the finest leading ladies in Indian cinema!

However the living legend never believed in blowing her own trumpet. She was quoted as saying in one of her old interviews, "I don't care much for success - it's an alien word to me. I don't believe in success, I don't believe in achievements so to speak. I just believe in relishing every moment of my life. That's enough for me." Now, that's some pure gold advice from the diva herself. 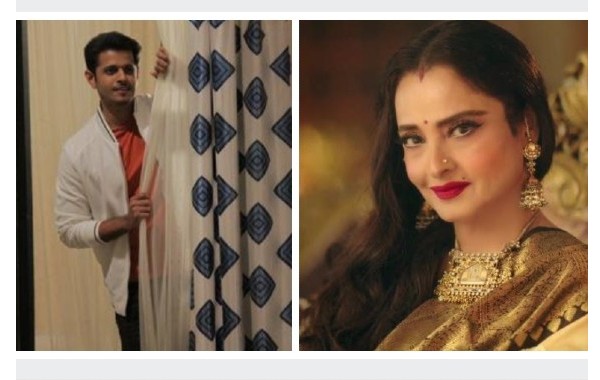 Neil Bhatt On Rekha Being A Part Of GHKKPM: It Just Gives Goosebumps To Act On The Same Platform As Her

As Rekha turns 67 today (October 10, 2021), we walk down the memory lane and bring you some of her best performances which prove that there can be no other like her!

Touted to be one of her career-best performances, Ghar helmed by Manik Chatterjee revolved around the trials and tribulations of a married couple who find their lives turned upside down post a tragic incident. As Aarti Chandra, Rekha's transition from a happy-go-lucky woman to a wife struggling to deal with the aftermath of sexual assault, the actress delivered a heart wrenching performance. Also, don't forget the three evergreen songs, 'Tere Bina Jiya,' 'Aap Ki Aankhon Mein' and 'Aaj Kal Paon'!

Rekha was an absolute hoot as the nautch girl Zohra Bai who selflessly loves Sikander (Amitabh Bachchan) in Prakash Mehra's Muqaddar Ka Sikander. The crowd skipped a heartbeat when the diva went 'Salaam-e-Ishq' in this film.

Far different from her heavy-duty films, Rekha gave us a glimpse of her lighter side in Hrishikesh Mukherjee's Khubsoorat in which she essayed the role of a free-spirited young girl who sets out to bring a change in a stern household which is run by an authoritative matriarch. Rekha's bubbly aura and good-hearted pranks made this feel-good film completely enjoyable.

A role immortalized by this ethereal beauty, Muzaffar Ali's period drama Umrao Jaan featured Rekha as a poetic courtesan and revolves around her eventful role. Right from her expressions to her graceful dance moves, the actress was on point throughout this piece of art. She even bagged a National Award for this film.

Rekha's dreamy performance as the romantic rebel in Yash Chopra's love triangle Silsila co-starring Amitabh Bachchan and Jaya Bachchan has stood the test of time. The film also gave a hint of Big B-Rekha's off screen romance which was the talk of the town back then. As 'woh' in the narrative, the actress beautifully portrayed the complexity of a relationship.

Rekha breathed life into Gulzar's Ijaazat which was a mature take on love, marriage and relationships. Right from the time when the film opens with Asha Bhosle's lively number 'Chhoti Si Kahaani Se' till the climax, the actress delivers a solid performance in an author-backed role.

Long before Sridevi, you had Rekha picking up the whiplash and beating her wrongdoer to pulp in Rakesh Roshan's cult classic Khoon Bhari Maang. As a simple rich widow who transforms into a femme fatale to seek revenge from her second husband after he tricks her and leaves her for dead, the actress left everyone rooting for her win in the film.