Late actor Irrfan Khan's wife Sutapa Sikdar recently took to her Facebook page to pen a lengthy post in which she spoke about how she looks at the insider-outsider debate that has gained momentum in the last few months. 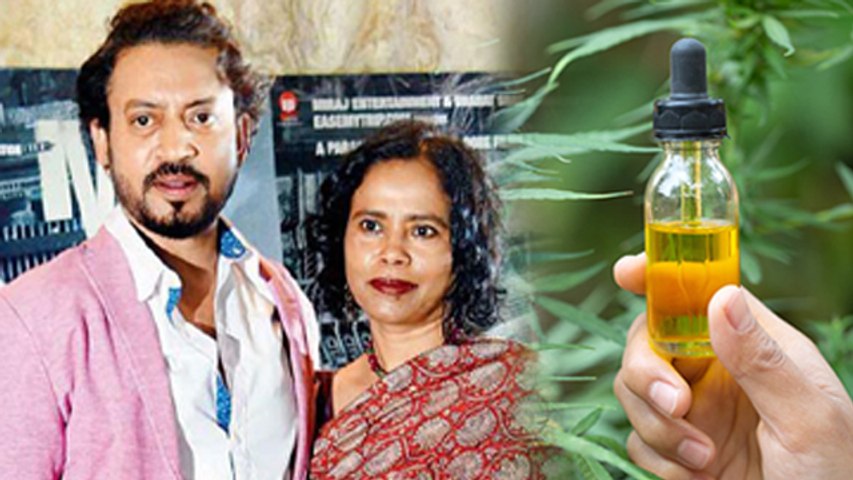 Citing examples from her and Irrfan's lives, Sutapa urged people not to narrow the concept of oneness. She said that her late husband didn't seek approval of anyone from the film industry. She said that her never sulked or gossiped when not invited to parties or magazine front page photoshoots. Instead, Irrfan used to focus on chiselling his craft.

Sutapa further wrote that she is not weak or shattered that she isn't a part of the coterie of film stars/star wives because she doesn't give anyone to decide her lifestyle. She also advised newcomers who want to be actors and not stars, not to give undue importance to any prevalent trend in film industry or their lifestyle.

At the end of her post, Sutapa clarifed that her note has nothing to do with Sushant Singh Rajput.

Sutapa began her post by writing, "Who is an outsider/one who comes from another state, city , caste, clan? What are roots ? It's grey the entire area. So lets begin with me I live in Mumbai and I come from Delhi (outsider tick 1)..I am a Bengali but I am not born in west Bengal but born in delhi(tick 2) my roots from both the sides of my parents are very distant now, in Bangladesh which is no more a part of INDIA(that's a large tick of being outsider) I am a hindu married to a muslim( I don't know where all I put the outsider tick for this)so who am I?"

She continued in her post, "Do I feel something in my heart when I hear baul music yes I do! is it because my roots are Bengali I don't know but Bengali music is very nostalgic for me. but I do feel my heart swings to a qawaali too..!! do I remember only a Bengali song when sad ?no not any more..it could be all you know a hindi film song the industry I belong to for last thirty years which I listen to when I am sad "agar tum saath ho"is my all time go to music .so with my example I can say I am a sum total of culture background atmosphere upbringing sensibility exposure and much more.. What defines me is what I am now today and not definitely my roots only and hence I need not become "Bollywood" to practice my craft too.."

Sutapa Sikdar Has A Message For 'Messiah Of Outsiders'

"I am about myself ! I am unique! I am me! I am indian! Hence I kind of feel you the one who is pretending to be the messiah of outsiders who most probably is not even from the industry is putting me into a bracket and underlining for the whole world to see I am an outsider and also hence pity me? I don't want your patronization. Did you ask any "outsiders " if they want this intervention?? Or you are self appointed outsiders association of India?? I eat Bhakhri listen to Marathi songs. Stop this! This inside outside theories it works only in design journals," Sutapa wrote in her post.

Sutapa wrote, "Don't narrow the concept of oneness if one would take the regionalism so strongly you become a frog in a small pond..because I look at many sadhus spiritualist coming from every region but finding solace in Himalayas ..who owns Himalayas? and when they go their its them they melt to the region not the people of that region? It's their need to go to Himalayas not those people who are inhabitants on the foothills and no one cares as its purely nirvana. Neither the seeker nor the giver.."

Talking about her late hubby, Sutapa continued, "If you consider your work a spiritual quest you won't be sad if people didn't call you for their "parties" or did not come for your "premiers". Irrfan did not get a cover page of a film magazine for many years he did not waste his time gossiping about people or bad mouthing nor did he get depress ,he chiseled his craft ..and refused to be part of it till he got the cover page and he did.(he got mostly depressed not clinically but sad, looking at the disparity in the society.)or once or twice went to a brink of breakdown preparing for roles not because so called insiders did not call him for holi parties. and yes no one dared make fun of him ever on any show or any channel."

Sutapa wrote, "The point is if you are unable to sustain the indifference of the power people or understand the business of film industry and you want to continue here then you need help and talking to a therapist is not equivalent to be called mad. It's a simple thing no one owns Bollywood until or unless you think there are some people who own this industry. The Bollywood couldn't do a shit about Irrfan getting Hollywood offers.

She further wrote, "I am happy! And obviously some aren't comfortable in their skin hence you love shredding characters and strangers in pretext of being the well wisher ..wish well for yourself and the world would be a lovely place to be. In these kind of crusaders words Irrfan could be an ‘outsider' too. But he wasn't he chose to be what he was an objective witness to this jamboree called Bollywood."

"Did he miss the parties as some call them imperative to attend to feel wanted and be part of the Bollywood? No he didn't even feel to be part of vacuous stuff also without being cynical he was a great believer in individual choices. But why would he have felt left out?? May I know? In one hand we call them toxic and on the other we are offended if they don't include you. It's a weird desire you are yourself giving them the power by seeking for their validation," she wrote in her post.

Sutapa wrote, "As for me I am not weak nor do I feel shattered if I am not part of the coterie of film stars/star wives because I have a life and I don't give anyone to decide my life style. I am not ashamed to wear clothes designed by me. I don't give people the permission to judge me hence they can't judge me/my clothes/my choices/ and the same worked for Irrfan. No he did not feel the victim."

Sutapa wrote, "One advice to the newcomers who want to be actors and not only stars, give them (as some people debate has made it into "them" and "us") only due importance. the moment one gives undue importance to any prevalent trend in film industry and their lifestyle, it becomes painful and pathetic for you .you are the person who has to evolve and what is the point of evolving if you can't ignore people who don't matter. How can you be called a victim unless someone forces you to get sucked in."

"Stand tall and fight for your rights. Get your priorities right Don't whine because you are not inner circle. You can feel indifference towards them and survive because the inner circle is not worth you you are. In the end of the day you choose to be who you are no one else does it for you. So your weaknesses are yours, your fears are yours,your fight is yours. May you survive in the most dignified way because that will determine what you are made up of," Sutapa concluded her post.

For the unversed, Irrfan Khan passed away on April 29, 2020 after a two-year battle with neuroendocrine tumour. His last film was Homi Adajania's Angrezi Medium. Post Irrfan's untimely demise, the late actor's wife Sutapa Sikdar and son Babil Khan have been sharing many fond memories of him. 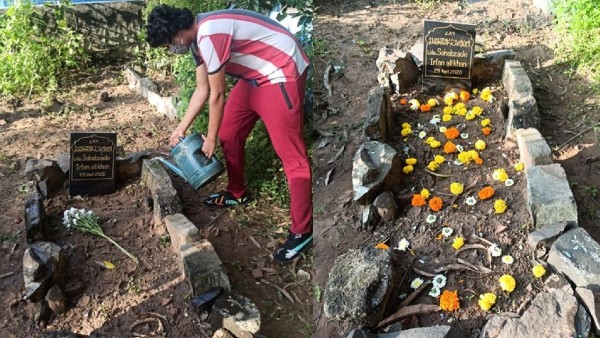 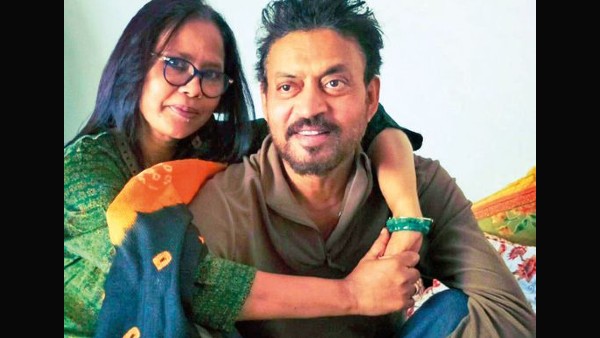 ALSO READ: Irrfan Khan's Wife Recalls Her Relationship With Late Actor; Says 'He Was Not A Husband Material'