Vikrant Massey is all geared up for the release of his film, Chhapaak, in which he co-stars with Deepika Padukone. Chhapaak is a film on the unbreakable spirit of an acid attack survivor, inspired by the story of Laxmi Agarwal. Vikrant was all praises for Deepika as he revealed how his co-star emptied herself to create Malti (Deepika's character), explaining that perhaps that was why she was overwhelmed during the trailer launch.

Talking about what he observed of Deepika's acting process, Vikrant told IANS, "I do not know what process she follows to create a character but from my observation I can say she internalizes the character she portrays on screen and, at times, it takes a toll on her. I know that the character of Malti is special for her and it impacted her as a performer."

He further revealed, "There were days when she would respond like Malti even off-camera. I think as an actress, she has given her all, emptied herself to create Malti. Perhaps that is why she was overwhelmed during the trailer launch of the film."

Talking about the film, he made an important point. "I just hope with this film, a conversation starts on why acid attacks happen on women, and what actions need to be taken to stop the heinous crime. It is not that we do not know, it is just that we ignore," he said.

Chhapaak is directed by Meghna Gulzar and is scheduled to hit theatres on January 10, 2020.

Recently, the film was dragged into a controversy after writer and filmmaker Rakesh Bharti filed a copyright lawsuit against it, claiming that the script was in fact written by him but he has not been given due credit. 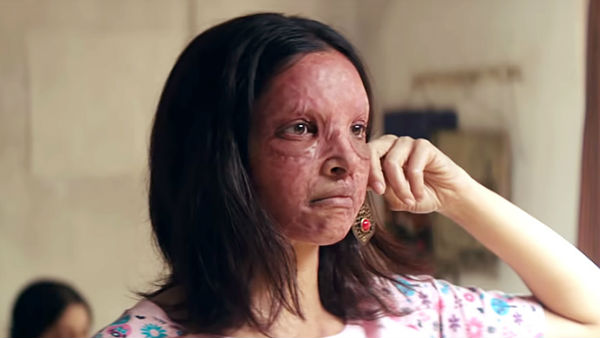