Late actor Irrfan Khan wasn't just a brilliant actor, he was an institution of film himself. It's sad that the film industry lost one of the most versatile actors on April 29, 2020. His fans can't help but watch his films to cherish his work. Irrfan's farewell film The Song Of Scorpions will soon be released in India and director Anup Singh hopes that the film will move the viewers.

The Song Of Scorpions was premiered at the Locarno Film Festival in 2017. The film also features veteran actor Waheeda Rehman and French actor Golshifteh Farahani in key roles.

Based in Jaisalmer, the film tells the story of a scorpion singer. The film stars Irrfan as a camel trader, while Golshifteh Farahani plays the scorpion singer, and Waheeda Rehman her grandmother.

While speaking to Spotboye, Anup Singh shared how Irrfan Khan used to tease him saying that all his films are about women. Irrfan wanted him to do a film with a man as the main protagonist and also agreed to feature in it. 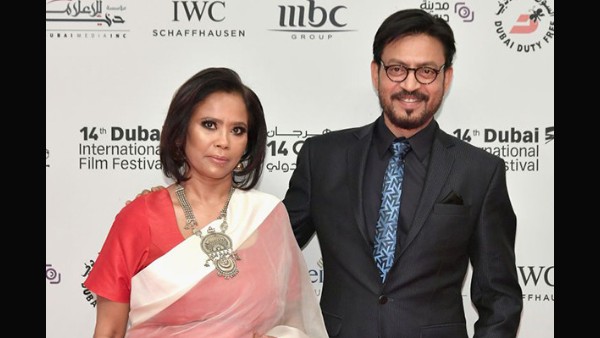 Irrfan Khan's Son Babil On Coping With His Dad's Death: I Hate Realizing Everyday That You're Gone

Anup Singh, "So, I spoke to him about the new film I wanted to do with him. I said, 'Irrfan, this is a film about a man, but the thing is, he likes to dress up as a woman. In fact, he's a folk dancer who dresses and dances like Krishna's Radha'."

He further added, "Irrfan laughed so much, he had tears in his eyes. You know how he hated to dance! He said to me, 'You always bring me characters to do that I don't want to and that I know I have to do. And now you not only want me to play Radha, but also to dance! I have to do this! When do we start?' Alas, that was never to be."

We can't wait for the theatrical release of The Song Of Scorpions.