Cricketer Mohammed Azharuddeen who plays for the team Royal Challengers Bangalore in the ongoing Indian Premier League recently took to his social media handle to share a beautiful picture with RCB and the Indian Cricket Team captain Virat Kohli and his actor-producer wife Anushka Sharma. The cricketer was quick to send the social media into a frenzy with the same. By the looks of it, Azharuddeen clearly had his own fan-boy moment with the couple.

Talking about the same, the trio can be seen all smiles for the camera. Azharuddeen can be seen in a full-sleeved cricket training jersey. Virat looks dapper in a casual printed white tee that he has paired up with brown shorts and spectacles. Anushka looks pretty in a short loose maxi dress as she flaunts her flawless skin and a million-dollar smile. Azharuddeen captioned the same with a starry emoji. Take a look at the picture shared by the cricketer. 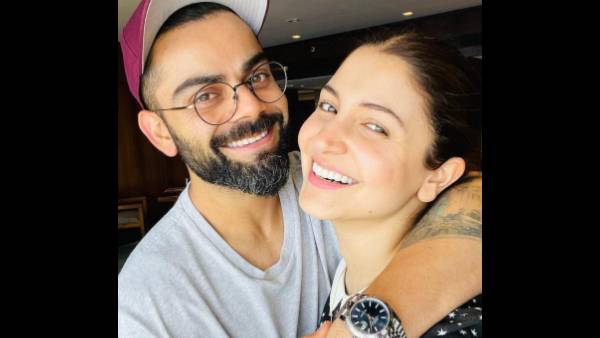 Meanwhile, Virat recently blessed our timeline by sharing a delightful picture with his wife Anushka. The picture had the cricketer lovingly embracing the Ae Dil Hai Mushkil actor. While Virat opted for a casual tee with a maroon cap, Anushka looked lovely in her new mommy glow. Take a look at the same. 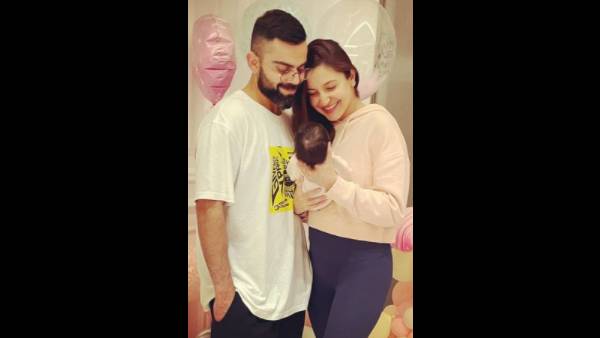 Apart from that, Anushka also shared some precious moments between her and Virat from last year on her social media handle. The video shared by the actor had her along with her husband spending some lovely time with their pet dog. Both Virat and Anushka can be seen bonding with other dogs and puppies during one of their outings. Apart from that, the Jab Harry Met Sejal actor can be seen having a fun time with some of the local young girls of the place that the couple visited during their trekking outings. Take a look at the video.

On the work front, Virat Kohli is busy front lining his IPL team Royal Challengers Bangalore at the IPL. On the other hand, Anushka Sharma will soon bankroll the Netflix movie Qala that will be helmed by Anvita Dutt. The movie will star Tripti Dimri, Swastika Mukherjee and will also mark the debut of Irrfan Khan's son Babil Khan.