All eyes are on superstar Shahid Kapoor starrer Jersey! The trailer and the posters of the movie have caught the attention of the internet, only increasing the anticipation for the film. Seeing Shahid Kapoor return to the cinemas after Kabir Singh's smashing success at the box office has fans across the country excited - and it shows!

To the delight of Shahid fans, the makers of the film have launched the Jersey anthem, Mehram! Within two days of the launch, the song has broken the internet by hitting 20 million in 2 days and becoming the second watched video on YouTube in 2 Days Globally. Touted as the anthem of the year, Mehram is sure to make your bad day brighter. In fact, the anthem has Bollywood tapping feet to its beats too! Taking to their social media handles, Ishan Khatter made it his go-to workout song while Kartik Aryan has been listening to the song on his drive post-pack-up!

Fuelling your fire and giving wings to your hopes and dreams, the song's sequence sees superstar Shahid Kapoor manifest his desire of turning cricketer once again for the love of his son! The soul-stirring anthem has been sung by Sachet Tandon and composed by Sachet-Parampara. Lyrics penned by Shailender Singh Sodhi, popularly known as Shellee, speak directly to your dreams. 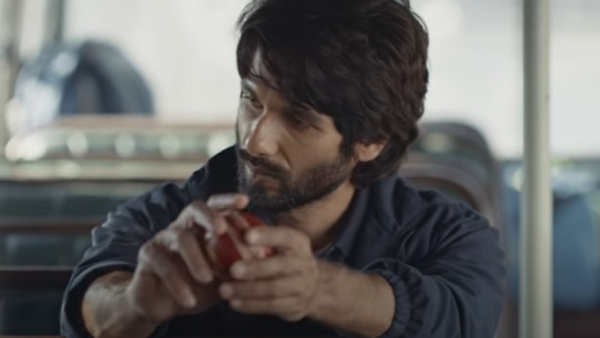 Jersey Song Mehram: Shahid Kapoor's Latest Song Is Just What You Need When You Are Having A Bad Day

Mehram had already caught the internet by storm when Shahid sang a couple of lines from the song on his Instagram live session before the official launch of the song.

Slated to hit the theatres on 31st December, Jersey has fans counting down to the New Year for more reasons than one! Presented by Allu Aravind, under the banner of Allu Entertainment, producers Aman Gill, Dil Raju, and S Naga Vamsi Allu have come together to mount Jersey on a large scale. The movie has been directed by the National Award-winning filmmaker Gowtam Tinnanuri, who has also directed the original Telugu Jersey. The foot-tapping, powerful numbers by Sachet-Parampara already have fans humming the Jersey tunes...