Actress-dancer Malaika Arora and her ex-husband Arbaaz Khan have ended their relationship, but the two have kept a cordial and healthy bond. They also co-parent their son, Arhaan Khan. The actress has now come up with a reality chat show, Moving In With Malaika where she discussed her car accident that happened earlier this month and the entire hardship that followed. 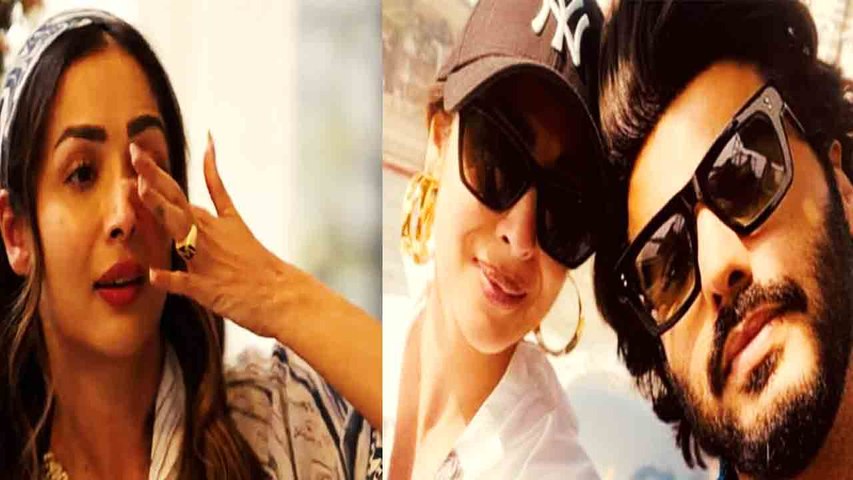 Speaking to Farah Khan, Malaika shared about her eye surgery and how Arbaaz Khan was there for her after it. She added that it was his face that she saw right after the surgery. Arora had also opened up about her relationship with her ex-husband and revealed how he cared for her after her car accident.

Recollecting her accident, Malaika told Farah, "In that moment I thought I was disfigured. I thought I've lost my sight in that moment because I couldn't see anything for those couple of hours. There was so much of glass shard in my eye and there was blood, so I couldn't see. For me, in that moment, I genuinely thought that I don't think I will survive and I may not see Arhaan again. I was taken to hospital, surgery happened, etc."

"But when I was wheeled out one of the first faces that I saw was actually Arbaaz, at that moment. And he kept asking me, 'Can you see? How many numbers? How many fingers?' And I was like 'why is he doing this?' It was very strange. For a second, I was like okay 'have I gone back in time?' Something that really sticks out is in difficult times, you know that irrespective whatever it may be, past, present, future, jo bhi ho (whatever happened), the way he was there," she said while speaking about Arbaaz.

For the unversed, Malaika Arora had met with an accident back in April this year at Khopoli, Maharashtra. She was returning to Mumbai from Pune when her car was caught up in a three-vehicle pileup. She was hospitalised for treatment afterward.

In the same conversation, Malaika also spoke about what went wrong in her marriage with Arbaaz. "I got married very early, very young. I wanted to get married because I just wanted to get out of the house, Farah. Believe it or not Farah, I'm the one who proposed," she said.