Karan Malhotra's Shamshera featuring Ranbir Kapoor, Sanjay Dutt and Vaani Kapoor in the lead roles, has arrived in the theatres today and we are here with the live audience review. In the film, Ranbir who plays double role- a father and a son, portrays the character of a dacoit who revolts against daroga Shuddh Singh (played by Dutt) and goes to extreme lengths to save his tribe. While Vaani plays his love interest, Dutt plays the antagonist in the film.

When the trailer of Shamshera was dropped on YouTube by the makers, it took social media by storm. Let's see if the film has the same impact on moviegoers who rushed to theatres to watch Ranbir on the silver screen after good four years... 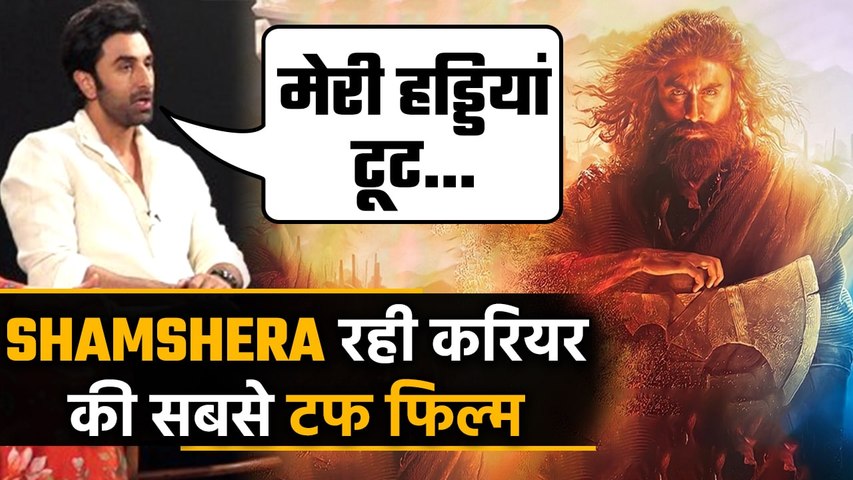 "#Shamshera Review: Biggest Takeaways are Ranbir's performance, dialogues, action scenes, BGMs & cinematography 👍. On the flipside, some lagging scenes affect the film in 2nd half but the climax makes up for it 👌 Good casting also helps."

"1st half completed ..what a great comeback #Ranbirkapoor #Shamshera will not let you to bore in any part....And mass entry of #RanbirKapoor."

"#Shamshera basically shows the most Badass version of #RanbirKapoor. Brilliant filmmaking with Vaaniofficial & duttsanjay nailing their acts. Do not miss the beginning of the film & #AdityaNarayan song. Best comeback ever. Solid entry."

"I am in theatre write now And I can definitely say #Ranbirkapoor is best actor of this generation as he play every role with such a perfection. Loved him watching in #shamshera . Do not miss this. #ShamsheraReview
⭐⭐⭐⭐4*/5* My Rating: 🌟🌟🌟🌟."

"#ShamsheraReview Rating -⭐⭐⭐⭐ #Shamshera彡 is a big screen adventure, it melts your heart, force you too love it, the concept visuals, direction and undoubtedly Performance carries the oxygen from beginning to end. Narration wow ! Must Watch! #Shamshera #RanbirKapoor #SanjayDutt."

"#ShamsheraReview is E³ :- Engaging. Entertainment. Excellent. The entry scene of Ranbir, The train sequence, The face off, all have clicked right in this masala entertainer, Perfect movie for the masses, It has some great shot, kudos to Karan Malhotra and the whole team.⭐⭐⭐⭐."

"SHAMSHERA Review: There's everything in this movie from Romance Comedy Action to Emotion. Each and every scene is brilliantly shot!!! Great direction and perfect execution and a very satisfying ending. Ranbir's best till date! My rating : ⭐⭐⭐⭐/5 - MUST WATCH."

Keep watching this space for more updates on Shamshera.