What's Yay: Performances, a subtle treatment given to the dark subject

What's Nay: Abrupt climax, the narrative looks a bit disjointed at places where the Censor Board has gone chop-chop.

The Iconic Moment: The scene where Nawazuddin Siddiqui's wife walks out on him when she discovers his affair is one of the highlights of the film.

Plot: Set in the hinderlands of North India, Haraamkhor tells the tale of a married school teacher Shyam Tekchand (Nawazuddin Siddiqui) who begins an amorous relationship with one of his students, a 15 year old girl Sandhya (Shweta Tripathi) after he discovers that she is attracted to him. But, Sandhya has got one more suitor in the form of her tuition mate, Kamal (Irrfan Khan), a young boy who nurses an infatuation for her. She, on the other hand, has no interest in him and spends most of the film berating him.

The rest of the plot revolves around the conflict in Shyam-Sandhya's tempestatous affair, Kamal seeking help from his best friend Mintu (Mohammad Samad) to catch Sandhya's attention and how the love story finally succumbs to a dark twist.

Direction: Shlok Sharma makes an impressive directorial debut with Haraamkhor which speaks of how the idea of romance can make monsters of men when the thin line between love and lust gets blurred. The film depicts the attrocities committed to minor girls by the ones who are supposed to protect and nurture them.

Kudos to Sharma for picking up a brave story and refraining from resorting to any gory depiction just for the sake of titillation. He infuses humour seamlessingly in his dark themed film and gives you plenty of laughs and chills.

Performances: Nawazuddin Siddiqui walks away with yet another applause-worthy performance of a sexual predator. His character Shyam is a creep who disguises his lust as love and masterfully manipulates those around him to attain his carnal desires. You loathe him, yet you never fail to laugh at his humour-infused lines!

Haraamkhor is Shweta Tripathi's debut film in Hindi cinema even though Masaan made it to the theatres first. She displays the vulnerability of Sandhya, with such finesse and impresses you in every frame. At the same time, you even get to see a hint of rebellion in her when she allows Shyam to have an upper hand on her in their relationship so that she can get back at her father who she feels ignores her to be with his lover. Beneath all these complexities, she is just an innocent soul in search of the feeling of being loved and cared by someone.

Irrfan Khan and Mohammad Samad are a bundle of talent to watch and their goofy antics keep you entertained throughout the film. Special mention for the young boy who has a special affinity for the 'Shaktimaan' costume and always finds himself at the receiving end of his teacher.

Technical Aspects: After winning accolades at several film festivals, the film was stuck at the Censor Board for a long time for its explosive subject. However, it finally got a clearance from the FCAT with a U/A certificate after they felt that the film could be used for "furthering a social message and warning the girls to be aware of their rights."

The narrative of the 'censored' version does seem to be a bit disjointed at places when there is a swift change in the scenes. The climax is a tad diappointing as it looks a bit forced.

Siddharth Diwan's cinematography gives a raw essence to the film which works in its favour.

Music: There are no songs in Haraamkhor except for 'Kidre Jaawan' which plays during the end credits. Jasleen Royal's soul-stirring voice makes it lovable and you can't stop yourself from humming it.

Verdict: Haraamkhor deals with a taboo subject and the theme may not be everyone's cup of tea. But that doesn't stop it from being a captivating watch for Sharma's skillful treatment and the superlative performances. Go for it if you are looking out for some escape from the usual stale crowd-pleasers! 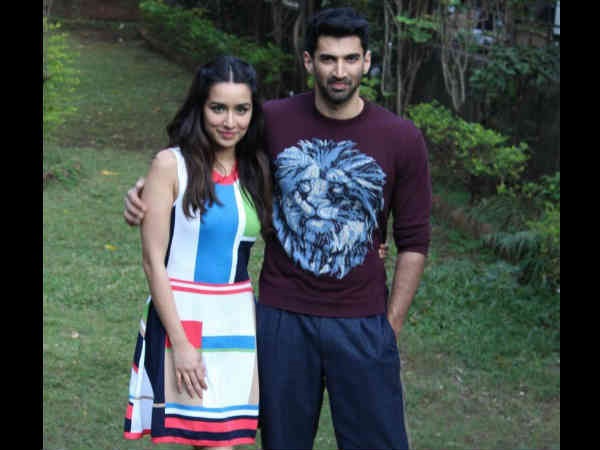 Shraddha Kapoor: Aditya Roy Kapur Brings His Own Charm To Anything That He Does!