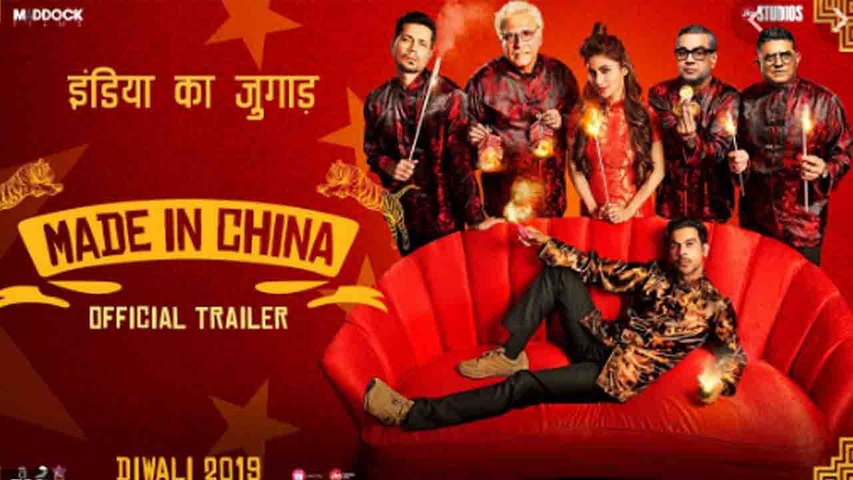 It's very difficult to gauge the audience's taste which is evolving at a rapid pace. What works today, might not click with them tomorrow. In such times, National award-winning director Mikhil Musale brings us Rajkummar Rao's 'Made In China'. Does it hold the key to his successful directorial debut in Bollywood? Let's find out here.

Right from selling roti-makers to customised square and heart-shaped watermelons, a Gujarati businessman Raghuveer Mehta's (Rajkummar Rao) mind is always brimming with ideas. Unfortunately, they turn out to be damp squibs. Despite all his failures, his wife Rukmini (Mouni Roy) continues to be his constant pillar of support.

Raghuveer's fate takes a drastic turn when his cousin Devraj (Sumeet Vyas) takes him on a business trip to China. There, a bright idea strikes him when he is offered a proposition to sell a Chinese aphrodisiac in India. Raghuveer comes up with the idea of selling 'Magic Soup' with the claim that it helps men sexually.

After much research, he finally zeroes in on an eccentric sexologist named Dr Vardhi (Boman Irani) to help him in his business venture and the magic soup begins to sell like hotcakes. However, their happiness is short-lived. A visiting Chinese dignitary dies after consuming the magic soup and Raghuveer finds himself as the prime suspect in his death.

In a country with the second largest population in the world, sex is still spoken about in hush-hush tones. Director Mikhil Musale makes a brave attempt by starting a conversation around this taboo subject in mainstream cinema. His film talks about how one should treat sexual dysfunctions as any other body ailment and there shouldn't be any stigma attached to it. 'Made In China' drives home a strong message and that alone needs to be applauded.

On the flip side, the screenplay of the film is inconsistent. Some moments leave you with a smile while a few dull the sparkle. Thankfully, the film isn't preachy and the funny punches keep you entertained.

Rajkummar Rao has a solid grip on his role and makes you root for him till the end. He doesn't resort to the stereotypical depiction of Gujarati characters in Bollywood and that's a big plus. Mouni Roy makes the most out of her character and her relationship with Rajkummar in the film is one of the most endearing highlights.

Boman Irani is a complete show-stealer as Dr Vardhi. The man gets some of the most impactful dialogues in the film and he hits them straight out of the park.

Paresh Rawal pulls off his interesting role with sincerity. Gajraj Rao as the motivational speaker, delivers a good act. Sumeet Vyas is convincing in his role. Amyra Dastur doesn't get enough scope to perform.

Speaking about the film's music, it's Arijit Singh-Priya Saraiya's folksy song 'Valam' which has a lingering effect with its soothing composition. The rest of the tracks are average.

A character in the film is seen mouthing a dialogue that goes, "Soup teri kahani hai....Vardi tera hero hai, Kahani ko nahi..Hero ko bech." The same holds true for the film as well. While 'Made In China' throws light on a socially-relevant issue, it's Rajkummar Rao and Boman Irani's sincere performances that add a greater impact to it. I am going with 3 stars.