Set in the city of Mumbai where 'both, blood and water flow' and where 'lovers talk about killing and getting killed', we see Raghu (Sidharth Malhotra) pulling the trigger on his lover Zoya (Tara Sutaria) in front of a crowd on a rainy night.

The film hits the flashback button and we go six months back. Raghu is a star hitman for mafia don Anna (Nasser). The latter has fostered Raghu which doesn't go down well with Anna's own blood, his vertically-challeneged son Vishnu (Riteish Deshmukh). Vishnu despises Raghu and suffers from severe daddy issues.

Enter Zoya (Tara Sutaria), a mute Kashmiri girl who has her own past. It's 'love at first harmonica' for Raghu. Eventually, Zoya too falls for him. Just when things seem bright for the lovers, tragedy strikes after Zoya witnesses a crime. And yes, you guessed it right, it's Raghu who is assigned the task of bumping off his lady love! The rest of the film revolves around how our hero ends taking his 'badla'..oops sorry...'inteqaam'.

For someone who has grown up on a staple of 'angry young man' Amitabh Bachchan's films and other masala entertainers of the 70s-80s, 'Marjaavaan' is a dagger's pierce. Milap Zaveri's potboiler picks up all the cliches from those times and executes them in a disappointing way.

With sloppy screenplay, it's heartbreaking to watch Sidharth Malhotra struggling to pull off the crowd-pleasing dialogues. Like always, this film of Milap Zaveri too has its loud moments of communal harmony.

'Marjaavaan' has Sidharth Malhotra trying to convince us that he can be a massy hero who loves to throw punches both literally and figuratively. Does he succeed? Some of your guesses are good as ours!

Tara Sutaria ends up just as a Miss Pretty face and somebody, please remind her that the film isn't a toothpaste commercial.

Rakul Preet Singh struggles to pull off her dialogues and doesn't get a single chance to make her mark barring getting to flaunt some moves on the dance floor.

Riteish Deshmukh's midget villain barely sends shudders down the spine; blame it on his dialogues which end up being unintentionally funny. The rest of the cast is forgetable.

Nigam Bomzan's cinematography gives the film a dramatic feel. Maahir Zaveri's editing scissors could have easily snipped away some more minutes from the film.

The songs are the only saving grace of this Sidharth Malhotra-Tara Sutaria starrer. 'Tum Hi Aana' and 'Thodi Jagah' are melodious to the ears and register on your lips.

In one of the scenes, Riteish Deshmukh's Vishnu tells Sidharth Malhotra's character, 'Raghu chhod de deewangee, yeh ladki bhi maregi...Aur tu bhi maregaa.' Wish someone had warned us too! I am going with 2 stars. 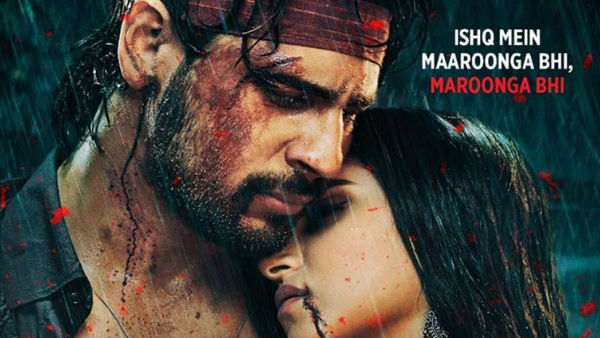