Sudeep and director Anup Bhandari’s collaboration has generated a lot of buzz amongst fans and industry experts. Titled Phantom, the Sandalwood biggie had started rolling in Hyderabad when the shoot came to a halt due to the COVID-19 pandemic and nationwide lockdown.

And now, director Anup Bhandari has revealed some interesting details about Kiccha’s role in the commercial entertainer. In an interview with the New Indian Express, he stated that Sudeep’s character name is Vikranth Rona and he will be sporting a chiseled look. Anup said, “His character in Phantom was planned to have a toned body. However, after he started working out for Pailwaan, he wanted to continue with his fitness regimen, and he has reached another level. His look works out well for Phantom.”

On being quizzed if Sudeep will sports six-pack abs in the film, the director replied, “We have not demanded six-pack abs, but I am pretty sure he will come up with it. We are already seeing his effort in the pictures he has posted. Sudeep had got into a fit shape for Pailwaan, and after an intense workout, he looks bulky now.”

He went on to add, “During our first schedule, Sudeep used to make sure that I join him at the gym after pack-up. This has been a blessing in disguise to me. Otherwise, I wouldn’t have taken that effort.”

Efforts,,,,Invest it to do better.

Produced by Manjunath Gowda, the action flick will also star Nirup Bhandari and Shraddha Srinath in pivotal roles. However, the makers are yet to finalize the female lead of the movie. In the meantime, Sudeep will next be seen on screen in the highly awaited Kotigobba 3. 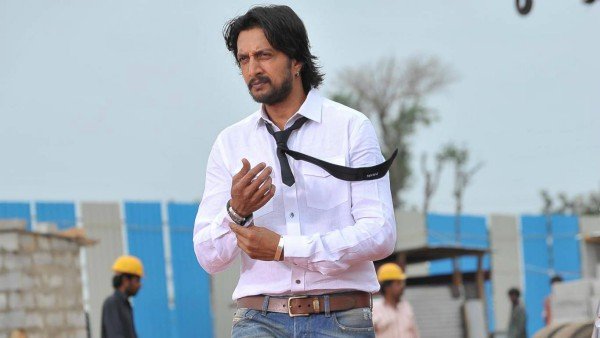 ALSO READ: Ahead Of Kotigobba 3 Release, Sudeep Opens Up About Stepping Into His 25th Year In Cinema