Dulquer Salmaan is undoubtedly the biggest fan of his father, the megastar Mammootty. The actor has always opened up about his deep admiration for his father's films in almost every interview. In a recent Instagram live, Dulquer Salmaan expressed his deep excitement about Mammootty's upcoming project Bilal, which is expected to start rolling very soon.

When he was asked about his expectations over Bilal, the charming actor stated that he is totally excited about the Amal Neerad film and can't wait to watch it. Dulquer Salmaan's reaction has totally excited the Mammootty fans and cine-goers, who are equally waiting to watch Mammootty in the role of Bilal John Kurissinkal once again.

In an earlier event, Dulquer Salmaan had mentioned that Big B, the prequel of Bilal, is one of his personal favourites. The actor had tagged Big B as the style definition of the Malayalam cinema. Dulquer had also revealed that the directorial debut of Amal Neerad is always in his personal DVD collection and he used to watch the movie at least 2 times a week when he was working in Dubai.

Earlier, it was rumoured that Dulquer Salmaan might appear in the role of the grown-up Abu John Kurissinkal (the kid who meets Bilal in the tail end portions of Big B) the adopted younger of the Kurissinkal brothers. However, both the director Amal Neerad and Dulquer himself rubbished the rumours and confirmed that he is not a part of Bilal.

The highly anticipated project, which marks Mammootty's second collaboration with the cinematographer-director Amal Neerad, was originally supposed to start rolling in March 2020. But the project is now delayed due to the all India lockdown and is expected to start rolling once the situation is back to normal. 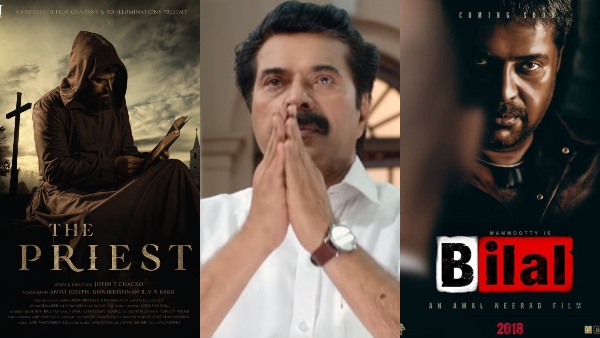 One, Bilal, The Priest, And More: Mammootty Films To Watch Out For In 2020!