A family drama or murder mystery? When the past collides with the present, some uncomfortable secrets tumble out of the cupboard. In his second directorial venture, Kaanekkaane, Manu Asokhan of Malayalam movie fame Uyare, promises to take viewers on an emotional ride, replete with sharp twists and turns as the central characters come to terms with their lives and the loss of a dear one. Kaanekkaane is SonyLIV's first Malayalam offering, premiering on September 17. It features acclaimed actors Suraj Venjaramoodu, Tovino Thomas, Aishwarya Lekshmi and Shruti Ramachandra in lead roles.


On its face, the lives of four people, played by Tovino Thomas, Suraj Venjaramoodu, Shruti Ramachandra and Aishwarya Lekshmi, are intertwined. However, on scratching the surface, the scars begin to show. Kaanekkaane explores a complex web of relationships and the guilt, fear, and grief that apprises the characters. 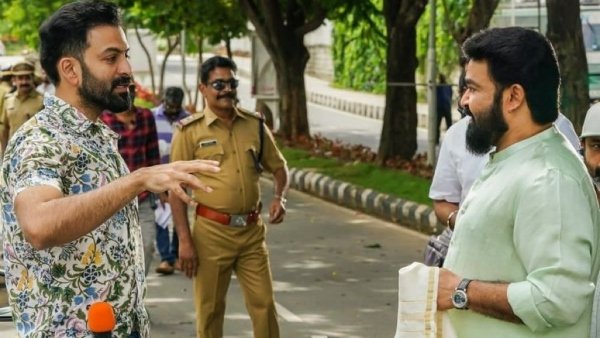 Prithviraj Sukumaran Opens Up About Bro Daddy, Says The Mohanlal Starrer Is Made For Theatres 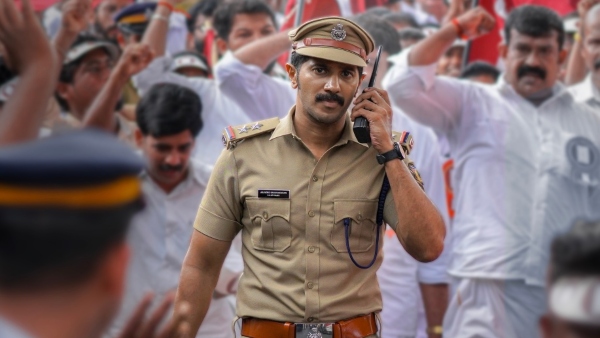 Produced by T.R Shamsudheen, under the banner DreamKatcher, the film also features actors Dhanya Mary Varghese, Rony David Raj, Prem Prakash, Binu Pappu, Sruthy Jayan, and Alok Krishna in prominent roles. Kaanekkaane marks the reunion of celebrated writers Bobby & Sanjay and director Manu Ashokan. Alby Antony has done cinematography for Kaanekkaane, and editing is by Abhilash Balachandran. Ranjin Raj has scored music for lyrics penned by Vinayak Sasikumar. Vishnu Govind and Sree Sanker have handled the sound design and art is by Dileep Nath. Sreya Aravind is the costume designer of 'Kaanekkaane', make up is by Jayan Poonkulam. Saneesh Sebastian is the chief associate director and Shabeer Malavattath is the production controller. Stills are by Jeo Jomey, VFX by Promice and designs are by Oldmonks.


Talking about the film's release on the video streaming platform, Ashish Golwalkar- Head (Content) SonyLIV and Sony Entertainment Television said, "After successfully exploring content in various languages, we are delighted to announce our 1st Malayalam offering - Kaanekkaane. The movie promises to keep viewers on the edge of their seats as we connect with the Malayalam speaking audiences in India and across the globe."

Manu Ashokan, Director of Kaanekkaane shared, "SonyLIV has opened a door of opportunities for the Malayalam film industry to showcase its content. I am glad that the platform will be a one-stop destination for a diverse range of content. Kaanekkane is my second project as a director, and I am happy that I got to team up with writers Bobby and Sanjay once again. With a multi-starrer cast, brilliant script and enticing music, Kannekkane has been thoughtfully structured to cater to the digital audience. I am grateful to the platform for giving Kaanekkane the release it deserves, and I am looking forward to watching its world premiere on SonyLIV."

Talking about Kaanekkaane, Suraj Venjaramoodu, one of the lead actors of the film said, "Each character in Kaanekkaane has been brilliantly written, and I had a great time working with Tovino and Aishwarya. My character has many facets to it, and I enjoyed unravelling each layer in the film. I look forward to the world premiere of the movie on SonyLIV and hope my fans enjoy watching this suspense thriller."

Tovino Thomas, Kaanekkaane's leading man shared, "It feels great when you have such a brilliant team of cast and crew to work with. After a long time, I had the opportunity to work with Aishwarya Lekshmi and director Manu Ashokan and the experience was amazing. I am excited about the release of Kaanekkane on SonyLIV and look forward to watching it on the platform."

Catch the Premier of Kaanekkaane on and from 17th September only on SonyLIV!