Pooja Mishra knows how to stay in the news! If there are no controversies about her, she simply creates one! From accusing, insulting and filing cases on commoners to BIG celebrities like Salman Khan, Sonakshi Sinha and Sunny Leone, she has not spared anyone! She has been sharing a few videos and messages on social media accusing Sonakshi Sinha and Salman Khan and their families. The ex-Bigg Boss contestant had even shared a video recently on YouTube, captioning it as 'Pooja misra replaces sonakshi as rajo in debang 3' - (sic). Check out the never-ending controversies of Pooja Mishra!

In 2014, Pooja had accused that after offering her a lead role in a film, businessman and actress Isha Koppikar's husband Rohit (aka Timmy) Narang and brother-in-law Rahul (aka Jimmy) Narang of molesting her in their car at an isolated place in Pune.

In 2015, the ex-Bigg Boss contestant misbehaved with a hotel staff, when she was asked to settle the bill. A hotel staff tried to record the incident on his smartphone, but she banged his phone on the floor into pieces. She went on to abuse them and slapped one of them, multiple times.

In 2016, she had filed molestation charges against unidentified people in Jaipur. She had said that she was promoting her show and had hired three videographers, who spiked her food and molested her.

The Actress Alleged A Saloon Owner Stole Her Money

She had also alleged a saloon owner who was also the organiser of the event, stole Rs 2 Lakh when she was shooting at the saloon. But, in turn, the owner registered a complaint against Mishra, saying that the model refused to pay Rs 1.5 Lakh for the products and services that she had availed.

She had slapped a case against Sunny Leone in the Bombay High Court demanding Rs 100 crore compensation for allegedly defaming her. She alleged that Sunny had given defamatory interviews and this was done out of malice and jealousy towards her.

Accuses Salman & Her Brothers Of Raping Her

When #MeToo broke in the industry, she accused Salman Khan and his brothers - Sohail and Arbaaz of raping her. She even claimed Shatrughan and Poonam Sinha of harassing her, and Malaika Arora Khan of being jealous and snatching her projects away.

She accused Sonakshi Sinha's family for ruining her career. She had claimed that Sonakshi, who wanted to be a fashion designer, got jealous of her and became an actress. She even claimed that when she lived at the Videocon Guest House, Sinha's stayed above and performed black magic at night which were directed at her.

Claims Sonakshi & Her Family Are Sending Her Filthy Messages

Recently, she had shared snapshots of a few messages and said that Sonakshi and her family is watching her from a live camera and are sending filthy messages. She wrote, "The moment I get home they start watching me from live camera and start sending these filthy msges." - (sic) 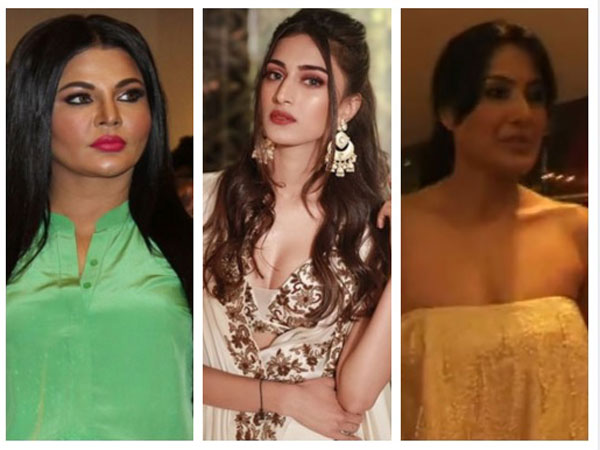