Kapil Sharma and his show - The Kapil Sharma Show, are in the news for both good and bad reasons. Recently, netizens slammed Kapil for taking a dig at Archana Puran Singh on the show. Post which, he shared a happy picture with Archana. Now, yet again, the comedian has been slammed by actress Dipannita Sharma and tweeples for joking about Sanjay Dutt's 300 girlfriends.

For the uninitiated, Sanjay recently promoted his film Panipat on the show. Kapil expressed his admiration towards the actor for having more than 300 girlfriends which was a joke mentioned in a film on the actor, titled Sanju. It is then Dutt said that he still keeps a count of all his girlfriends. He also joked that he is considering his co-star Kriti Sanon to be his 309th girlfriend owing to her impressive performance in the film.

Well, this didn't go down well with actress and model Dipannita Sharma, who slammed Kapil for joking about Sanjay's girlfriends. She tweeted, "An actor on a show to promote his next release talks about his score of over 300 girlfriends.The host & audience laughs in good jest.What If a woman said the same thing on a show?Would that be a joke too?This basic gender bias is what has always been wrong.The root of all evil!"

Many agreed with Dipannnita's tweet and slammed the comedian. A few even felt that Kapil is stooping low for TRPs. A user named Rashmi Bora Das tweeted, "Totally agree with you! Double standards of our society. We have progressed on various fronts, yet we have different rules for men and women! Really sad!"

"Both in my opinion are signs of an immature & insecure mindset that wishes to glorify certain misplaced aberrations of life as disguised accomplishments as there aren't any already & if past is any indication there isn't any possibility of good sense prevailing in near future."

"Bilkul sahi Maa'm. I was watching the show and felt very uneasy. I think more than Sanjay Dutt, it Kapil Sharma who is responsible. He should know that whole family watches it. Is it something to publicly boast about in a civil society."

"@Dipannitasharma #KapilSharmashow is the cheapest show hosted on Indian television. People laugh at jokes on discrimination, insults and body shaming. Yet such shows run with high TRP. IQ of its audiences are questionable." 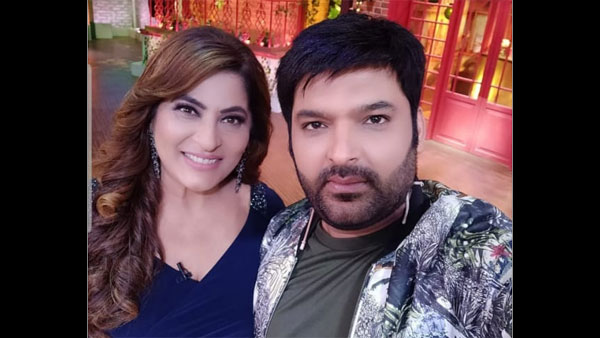