From doing a short and negative role in Veera and Yeh Hai Mohabbatein to full-fledged role in shows like Kavach and Qayamat Ki Raat, the actor has come a long way. Vivek is admired by his fans, who also love his jodi with his wife Divyanka Tripathi. It has to be recalled that Vivek and Divyanka surprised viewers by getting engaged. The couple got married on July 8, 2016. Recently, in an interview to TOI, Vivek opened up about his struggle in the industry and his encounter with casting couch.

Now, he revealed his wife Divyanka is his forever lucky charm. He also added that his father had even told this a lot of times. Read on!

Vivek was quoted by TOI as saying, "I definitely consider Divyanka as my lucky charm. In fact, my father has said a lot of times that she is absolutely lucky for me. He had told me earlier that when you will have your lady by your side and she's there permanently to stay, the way universe will work for you suddenly, will be surprising."

As Vivek Father Said The Lady Luck Is Working For Him!

"This thing stayed with me and I was waiting to see what happens. And I couldn't believe it when Kavach happened to me soon after marriage. I was like Yes, the lady luck thing is working. Divyanka is completely my lucky mascot. She has been with me through thick and thin."

Vivek adds that his fans have made him work harder. Their messages, comments and compliments have made him better. He recalls an incident, "When I was travelling in an auto long ago, I think during Veera days. Suddenly at a traffic signal, a Kinnar (eunuch) put his palm in front of me and wanted an autograph."

The Actor Recalls An Incident

"I was surprised and was somewhere really happy. He recognised me and we literally had a two-minute conversation about my role. That really touched me and that moment has stayed with me. It works as a good motivation."

For Vivek, family comes first. He says, "We love to spend time with family. Being an actor and based out of Mumbai, it becomes difficult to spend good family time, so we try and meet them whenever possible and give the quality time that they deserve." 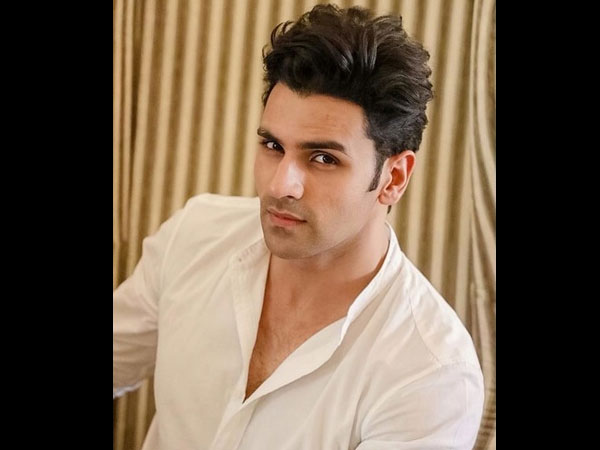 Most Read: Casting Couch! Vivek Dahiya Was Suggested To Please People In Certain Way As He Refused To Pay Money