The December 1 episode of Bigg Boss 14 begins with Kavita Kaushik talking to Eijaz Khan about yesterday’s task and her dark secret. This is followed by Eijaz and Jasmin Bhasin getting into an argument over her conversation with Nikki Tamboli. Eijaz gets irked with Nikki and Jasmin's unnecessary chatter.

Soon, Bigg Boss gives housemates their next big task for the finale post which one of the contestants would be eliminated. The task had to be performed in pairs and each team had to deal with questions from their fellow contestants whilst they were given 37 minutes to answer. Rubina Dilaik teamed up with Abhinav Shukla while Rahul Vaidya joined hands with Eijaz and Nikki partnered with Kavita Kaushik while Jasmin performed the task with Aly Goni.

The first jodi to take their place on the speaker was Kavita and Nikki. Rahul the duo if they think Eijaz was deserving for the immunity stone. Jasmin questions Kavita as to why she called her 'gandi and ghatiya aurat.' Rubina questions Nikki about her bond with Jaan while Aly tries to irritate her. Meanwhile, Abhinav questions Kavita about her nature of getting into people's personal space while Eijaz enquires if she is apologetic for what she said to him. The duo presses the buzzer and leave the task.

Next, come Aly and Jasmin on board and Kavita decides to target Aly for his infamous outbursts and for calling her 'neech aurat.' Kavita then questions their friendship and says 'Yeh Rishta Kya Kehlata Hai.' Nikki and Kavita keep at it and bombard Jasmin and Aly with numerous questions.

This is followed by Rubina and Abhinav taking the stage, and Kavita and Nikki getting personal with the duo. They ask them asks them about their marriage issues and the reason for their separation. Nikki even calls Rubina and Abhinav's relationship a fake one while Kavita questions their 'divorce story.' RubiNav presses the buzzer and complete the task and then get into an ugly war of words with Nikki for her personal attacks on them.

Rahul and Eijaz’s turn on the chairs for the task. While Aly and Jasmin keep at it with questions, Rahul presses the buzzer leaving Eijaz irritated. This also leads to Eijaz and Rubina discussing Jasmin’s nature of venting out her vengeance during tasks.

As a result, since Jasmin and Aly lost the task by not fulfilling the target, they get in the danger zone. Bigg Boss asks the duo to mutually decide as to who will leave the BB 14 house tonight. 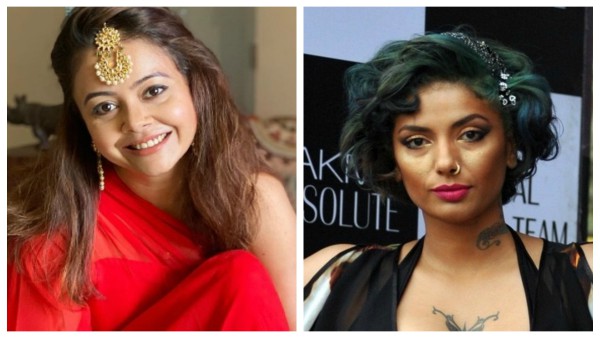 ALSO READ: BB 14: Diandra Soares & Devoleena Bhattacharjee React To The Task Where Contestants Had To Reveal Their Darkest Secrets