Nikki Tamboli has been hitting the headlines ever since she entered the Bigg Boss 14 house. The South Indian actress has impressed the 'Toofani Seniors' with her way of fighting the tasks and entertainment factor. She has become the first contestant be confirmed for this season. It has to be recalled that she has been fighting for getting clothes from the seniors. In an interview with ETimes TV, before entering the house, Nikki had revealed that she hired three stylists and is carrying 18 lehengas for a month, as she wants to look good (like a 'patakha') on the show.

Nikki was quoted by ETimes TV as saying, "I have been finalising outfits since the last 2 months. I have hired three stylists and I have told them I want to look patakha on the show. My fans expect a lot from me and I can't let them down. I want to look good for them and want to try and experiment with my looks. Also personally I like getting ready and applying makeup, so I had to work really hard on my outfits. Not just the weekend episodes I want to wear lehenga everyday. I am carrying 18 lehengas for a month."

About finding love on the show, the Kanchana 3 actress said that she agrees there are a lot of people who create love stories just to be on the show for a longer time, but there are genuine ones also. She also feels that when someone finds a genuine person in the house and bonds with him/her, there is a possibility of falling in love. She says that it's a natural process and doesn't think it is wrong.

She further added, "I don't think anyone can fake feelings for someone for such a long time. The audience is very sharp and they will come to know. I can't say right now if I am open to finding love on a reality show. But yes, if I find someone good and I bond with him I won't shy away from expressing it. I will just go with the flow." 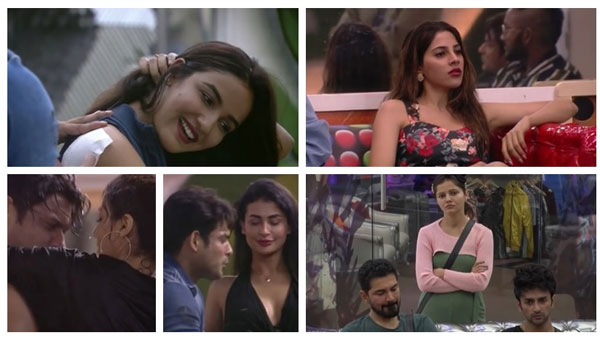