Ishqbaaz and Ek Bhram-Sarvagun Sampanna actress Shrenu Parikh, who was tested positive for COVID-19 last week, has now been discharged from the hospital. She shared the update on social media and revealed that she will be under home quarantine for some time. The actress is apparently recovering well at home and shared her experience battling Coronavirus with TOI.

Shrenu Was Confident That She Cannot Have COVID-19

The actress revealed to TOI that she caught cold on July 4 and thought it was because of weather and took tablet. On July 7, she got fever and she again took tablet, but fever didn't subside. She also revealed that she had consulted doctors on phone as meeting or leaving the house was not safe. She also added that she had started distancing herself from the family as precautionary measure, although her mother felt she was being too negative.

Shrenu said that she was confident that she cannot have COVID-19, as she had hardly stepped out of her home and was doing yoga regularly.

She added that the turning point came when she couldn't sense smell. Shrenu told the leading daily, "I was having black coffee, which usually fills the entire room with aroma, but I couldn't smell it. My brother even said, "Sardi mein kahan se smell aayegi?" But then, we tried everything-from ittar and sanitiser to room freshener, and I still couldn't smell anything. Since I had all the symptoms, I decided to get tested with the doctor's consent. Those 24 hours were the worst ones of my life, as I was worried, nervous and afraid. Next morning, I woke up feeling better and thought, "Probably viral hi tha, ab theek ho gaya hoga." But this feeling was short-lived. On July 10 morning, I got a call from my doctor, who informed that I had tested positive."

The Ishqbaaz actress added that she went numb after the doctor's call and the realisation didn't sink in for a few hours. She added, "My parents immediately informed about the development at their respective workplaces and we also informed our maids, asking them not to come. I was asked to take my stuff and visit a COVID hospital. Even now, I was living in denial ki I'm feeling fine, what's wrong? It was hard to believe that I was actually sick. At the hospital, there were no beds available, and it broke my heart to see so many people having to go back. I was told that if I wanted to get admitted, I needed to go to the general ward. I agreed because getting treated ASAP was more important than anything else."

‘I Experienced So Many Emotions’

She further said, "After getting admitted, when my brother left, that's when I faced the reality. It is during times like these that your willpower steps in. I broke down on a couple of occasions, but never in front of the family. I experienced so many emotions-anger (of not knowing where I caught it), guilt (of probably infecting my people), fear (of dying), confusion (about whether I had been careless, even after being so careful). I had all the time in the world to sit and ponder."

Shrenu added that the next step was to get family tested and inform everyone who had met her. She further added that luckily, all of them were tested negative, which ruled out the possibility of her infecting them and vice-versa.

The actress is still wondering as to how she contracted the virus as after coming to Vadodara (on May 6), she had been extremely careful and had stepped out only once. She added that she's not sure if she caught it during that shoot.

Furthermore, Shrenu revealed that she spent almost a week at the hospital, and the staff there had become like family. She added that the hospital staff were extremely patient when she would cry while taking injections, or during blood tests. She further said that her respect for all these COVID warriors has gone up by several notches. 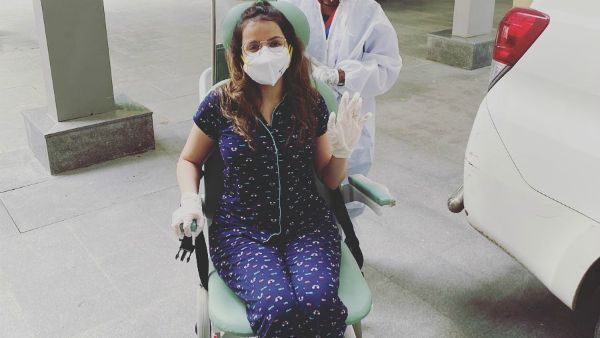 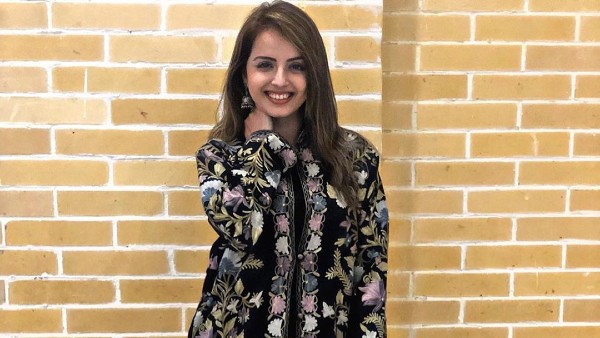