Bigg Boss 13 contestant Vishal Aditya Singh, who entered the house as a wild card entrant, spilled the beans about the spooky incidents in the Bigg Boss 13 house. He revealed that not just him, even Sidharth Shukla, Asim Riaz, Shehnaz Gill and others felt the paranormal activity in the house.

Vishal was quoted by TOI as saying, "The spooky incidents did happen and why I don't know if they only showed the incident happened only with me. The incident happened with me that day aur woh bahut zyaada hui thi. I am from a village and I know such things (supernatural) exists. I have seen a lot."

The actor further added, "That day something was definitely there in the house. It was not just me even Paras, Sidharth, Arti, Madhurima, Asim, Rashami, Shehnaz and even her brother Shehbaaz, all have sensed and felt the paranormal activity in the house. Everyone has shared their stories of the house being haunted but I have no idea if the incidents were telecast or not. It was happening continuously and it started off with Himanshi and then happened to others."

Well, this is not the first time that a contestant is talking about the house being haunted. Right from the first season, contestants had claimed that they experienced eerie presence in the house.

Even in the previous season, Somi Khan shared her experience. She had revealed that ever since she entered the house, she felt some supernatural presence.

But as the viewers are aware, it was only this season that the makes shifted the house from Lonavala to Film City, Goregaon. We wonder if this new house too was haunted! 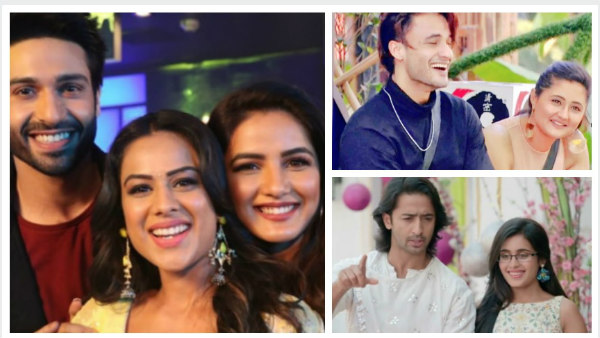