The October 13 episode of Bigg Boss 15 begins with Shamita Shetty telling Miesha Iyer that she destroyed her chappals for the task and the latter starts crying as she has no one to send her shoes from outside. Pratik Sehajpal also hugs Miesha and apologises whilst Shamita tells her that she will tell her stylist to send a pair of chappals. Later, Pratik tells Shamita that Miesha's has lost her parents and this makes Shamita extremely emotional and she decides to give her footwear to Miesha.

We then get to see Karan Kundrra, Shamita and Nishant Bhat discuss Jay Bhanushali’s meltdown. Karan is of the opinion that it was not Pratik's fault and Jay was wrong this time. This is followed by Vishal Kotian speaking to the camera again and giving updates on what happened, at night

In the meantime, in the bathroom area, Ieshaan Sehgaal tells Miesha that she should not discuss their fights with Pratik as he was her ex-boyfriend. Miesha reiterates that there was nothing between them and cries and gets angry at Ieshaan. On the other hand, Tejasswi Prakash, Vishal and others are seen planing to make the pathway after making sure that Pratik, Shamita and Nishant are asleep. Miesha and Ieshaan continue to argue in the bathroom area and the latter makes Miesha understand that he truly loves her. Eventually, they both cry and resolve their differences. 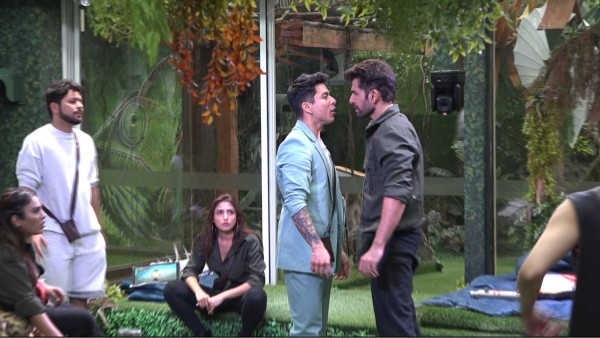 Bigg Boss 15 October 12 Highlights: Jay Bhanushali And Pratik Sehajpal Get Into A Heated Argument Yet Again 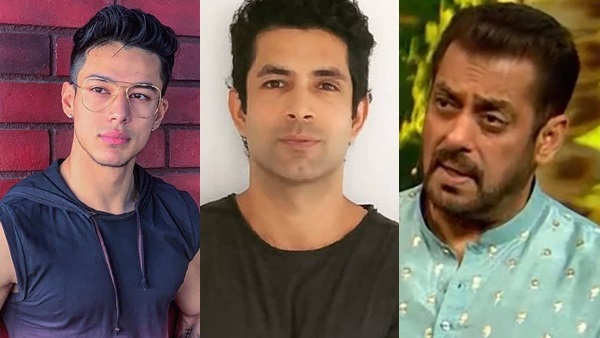 BB 15: Sahil Shroff On People Trolling Salman For Bashing Pratik: What If It Was Their Sister In That Bathroom

The next morning, Pratik and Shamita tell the junglewasis not to steal and enter the main house. This is followed by the buzzer ringing and junglewasis get the pathway pieces. Later, we get to see Karan speaking to Jay about the incident that happened last night. Karan and Vishal try to make Jay understand that he should not give cuss words. However, Bhanushali refuses to budge and keeps his point in front of them.

Later, Bigg Boss gives a few junglewasis the chance to get into the main house. Shamita will be the sanchalak of the round and will have to give sugarcanes to the teams. We see Vishal convincing her that she would benefit from having him and his team in the house. However, Bigg Boss had to stop the game midway as the junglewasis got physical in the task. Shamita tries making everyone understand how they need to play but the junglewasis start fighting again. Soon, Shamita declares the Vishal’s Tiger team as the winner of the first round. In the next round, we once again witness the sanchalak give more sugarcanes to Tiger team.