Amazon Prime Video's much-awaited Telugu action-thriller, V recently dropped its trailer, and it has been garnering rave reviews from the masses. With a solid buzz on social media, the V movie trailer has garnered more than 10 million views in just 24 hours of its release.

Touted to be a chase drama between an efficient cop and a mastermind criminal, the movie will bring out intense and grey shades of the lead characters. V is one of the biggest films releasing on OTT. Filled with heavy action and mystery, the Nani and Sudheer Babu-starrer is a must-watch for its deadpan comedy, remarkable visuals and gripping storyline.


"Ever since the trailer's release, fans have been waiting for the D day and showering the trailer with lots of love on social media. Some of the comments read as:

"I have Vatched #VTrailer just ✌️ minutes ago..
After Vatching the trailer my reaction was Vaavah..Vaavah..
I am obsessed with 'v'
Can't wait to Vatch #VTheMovie on September 5th
@NameisNani @isudheerbabu
Please tell me how to get out of this obsession .
#VTrailerOnPrime."

"#VTrailer #VTrailerOnPrime
Here is the trailer of Much awaited #Vmovie.Very excited to see Nani in such a negative role. A crispy Action packed thriller cut. Rakshasudu role loading........." 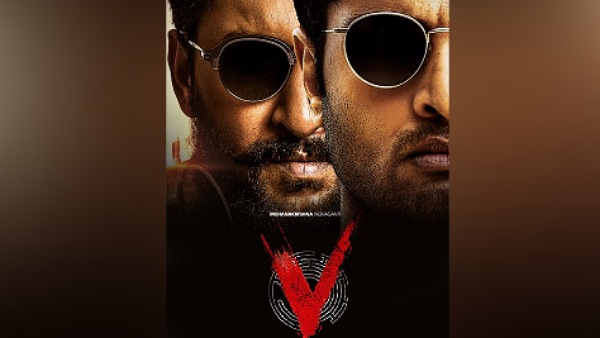