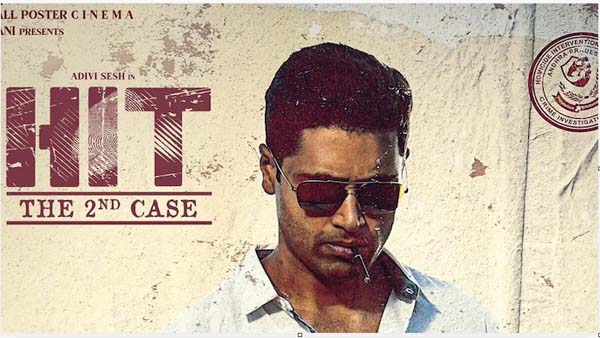 Adivi Sesh's latest film is a crime thriller written and directed by Sailesh Kolanu. The movie, HIT: The Second Case is a sequel to the director's earlier film starring Vishwak Sen. The movie was released in 2020 and was made under the Wall Poster Cinema banner by actor Nani and Prashanti Tipirneni. The sequel stars Adivi Sesh and is ready to release all over the world on December 2.

Ahead of the film's theatrical release, the pre-release business details have become the talk of the town. Adivi Sesh has gained a decent fan base in Tollywood and Major, a production venture of Superstar Mahesh Babu's GMB Entertainment banner made him a well-known actor in the country. With the major success the film garnered, the range of Sesh has increased manifold.

HIT 2 or HIT: The Second Case is said to have closed a good worldwide pre-release deal. Take a look at the available details here:

John Stewart Eduri composed the film's background score while MM Srilekha and Suresh Bobbili composed the tunes. S Manikandan cranked the camera for the film and Garry BH edited it. The movie will also be released in Hindi version across the northern belts of the country.