Rock On and Kai Po Che director, Abhishek Kapoor is back with a Bollywood romantic drama film, Fitoor which he is co-producing along with UTV's Sidharth Roy Kapur. The film has obtained mixed reviews from the viewers.

Fitoor is a romantic drama which is based on Charles Dicken's Great Expectations. It is written by Abhishek Kapoor and Supratik Sen, the film stars Katrina Kaif, Aditya Roy Kapur and Tabu in lead roles.

#Fitoor #BombayVelvet part2. Wow! What a waste of energy, time n ₹100Cr of public. I give 1*. I must get an award for watching #BombayVelvet n #Fitoor while Vijay Singh n Sidhart Roy should be jailed for producing such crap films.

Just watched one of the best adaptations of Great Expectations. #Fitoor everyone just make ur weekend plans right away. #KatrinaKaif is just too beautiful, melts your heart as easily as she breaks it. #AdityaRoyKapur mashallha is sensitive and intense. Aditya just blew my mind. #begumtabu is the best actress in the entire universes. Totally in love with her. #anaygoswami is just a magician every frame is like fresh oxygen to the lungs. #fitoor go watch this one for sure.

#Fitoor is senseless,storyless,boring,dull & crap film.This film is going to be sure shot super flop,Nothing good in it.My rating 1/2*.

Everyone talks in poetic jargons, barring our leading lady, who speaks in thick American twang despite having lived in London #Fitoor review

Lal chinar ka Fitoor. Watched the screening last night of #fitoor & #loved every frame of it

READ THE AUDIENCE RESPONSE BY CLICKING ON THE IMAGE SLIDER

Aditi Rao Hydari will be seen as the young Tabu in the movie and actors Lara Dutta and Ajay Devgn will be making guest appearances as well.

The movie revolves around Noor (Aditya Roy Kapur), Firdaus (Katrina Kaif) and Begum Hazrat (Tabu). Noor falls head over heels in love with Firdaus, he is very sure of his feelings for her, while Firdaus has mixed emotions and is emotionally controlled by her mother.

Playing an important hand in ruining this love story is Begum Hazrat whose past experience of having been betrayed by her first love has never left her and so she doesn't want Firdaus repeating the same mistake she did in her youth.

She warns Firdaus of the consequences of loving a man much beneath their stature. What role Begum plays in ruining this passionate love and how Noor almost self destructs his life for Firdaus forms the crux of the story.

The film also stars Rahul Bhat, Akshay Oberoi and Suchitra Pillai in small but pivotal roles. Fitoor has a beautiful canvas with the background of Kashmir that visually supports Noor and Firdaus's passion for each other.

The film's background score and songs composed by Amit Trivedi leaves a deep impression on you. The music will haunt you and is one of the major highlights of the movie apart from Anay Goswamy's cinematography. He has painted a beautiful picture with each frame in the film. 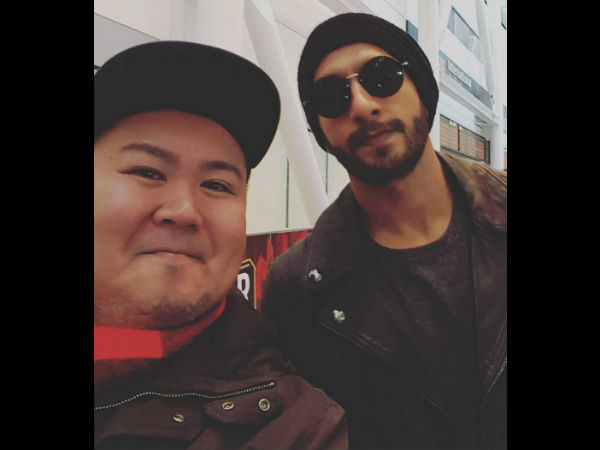