Emraan Hashmi's upcoming film Cheat India has changed its title to Why Cheat India after the Central Board Of Film Certification raised objections. Emraan, not one to shy away from voicing his opinions brutally, thinks the change is a 'senseless' addition. In a hilarious response to the situation, Emraan has changed his name to 'WHY Emraan Hashmi' on his social media. Read what Emraan had to say about the title change!

Emraan's upcoming movie Cheat India is now Why Cheat India, after the CBFC raised objections against it on grounds that it is misleading and it shows India in a negative light. Emraan told IANS, "CBFC members found the title misleading. According to them, our film is showing India in negative light. But that's what it is...what we are showing is a mirror to the system...they should understand it."

Emraan Is Not Happy With The Title Change

Emraan told PTI, "It (title) has been in the public domain for the past one year. We had the censor clear every promo of ours and suddenly now, ten days before the release, they put a ‘why' in the title. It doesn't make sense and we couldn't fight it because we are days away from the release."

He Thinks Its Illogical

"Fundamentally, if the system has an open and analytical thinking, then you would not do such illogical things. Changing the film's title at the last moment does not make any sense," he added to IANS. Cheat India is about the education system in India and sheds a light on the loopholes within which examinations are conducted.

But He Thinks It Won't Affect The Film

However, he feels audiences are mature enough to see beyond a title and judge a film for what it is. "I am happy that our audience is mature enough to judge a particular film. They watch film for the content, not for the title. I'm sure this title transition from 'Cheat India' to 'Why Cheat India' won't hamper the business and motive of our film."

Emraan had a clever way to protest the ridiculousness of the situation. He has changed his name on social media pages, on Facebook, Twitter and Instagram, to ‘WHY Emraan Hashmi'.

Shreya Dhanwanthary Is Not Happy Either

Emraan's co-star Shreya Dhanwanthary is not happy with the title change either. She reportedly said, "I don't understand how the censor board can smoothly pass the films which show a lot of violence and vulgarity, but they have problems with a social issue based film like Cheat India." 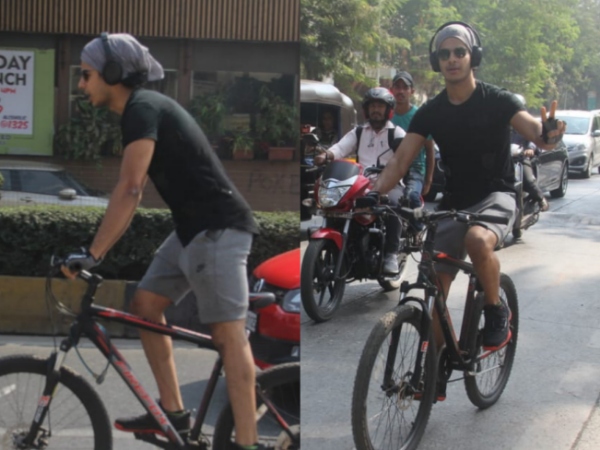 MOST READ: Ishaan Khatter's EPIC Reply To Being Schooled On Road Safety During A Bicycle Ride