Madhuri Dixit was the top actress of the 90's. She gave many remarkable performances during the peak of her career. In a recent interview to a leading website, Madhuri said that she always wished for movies to be progressive for the women. The diva also revealed that not many people were happy with her decision of signing a movie like Mrityndand. She said, ''At that time, there were commercial movies and artistic movies. Those who acted in commercial movies stuck to that. When I did Mrityudand (1997), everyone was surprised by my choice. Some questioned me on why I wanted to be in khadi saris.''

She added, ''My answer to them was that it's a story that should be told. I was very adamant. I received a lot of appreciation for it. It required me to act, but in a different atmosphere - more realistic and without larger-than-life characters. It gave me an opportunity to do something different from what I was doing. It gave me joy. I always wished for movies to be progressive for women.''

She further revealed, ''I used to be very busy. We used to do three shifts in a day. I don't miss that. I'm still very busy. There are two teenagers (her sons Arin and Raayan) at home. That's another production that I have to look after (laughs). Now, we also have a puppy, Carmelo. It's another undertaking.''

When asked if she has given writing and directing a thought, Madhuri said, ''I don't know. One thing at a time. Now that I have produced a Marathi movie (August 15) and seen it to fruition, I'm happy with the product. Since it is on Netflix now and is being streamed in 195 countries, it would give the viewers a peek into Indian culture and life. We may produce more content eventually.'' 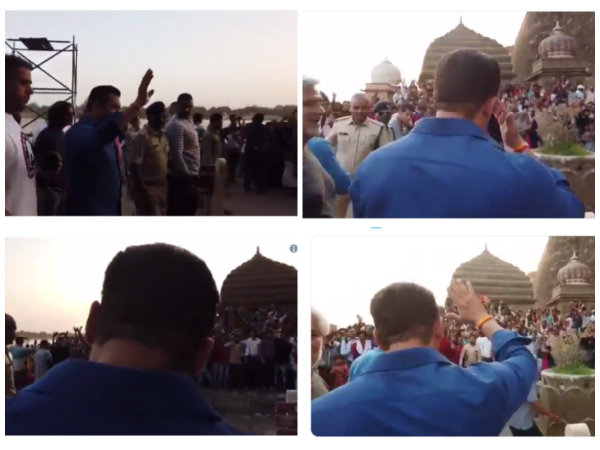 Most Read: Salman Khan Gets Greeted By A Sea Of Fans At The Narmada River While Shooting For Dabangg 3