Bollywood actor Rajkummar Rao, whose film 'Made In China' released recently, opened up during an interview about the encounter with his parents when he told them about his nude scene in 'Love Sex Aur Dhokha' (LSD).

He stated that it was the toughest thing he has ever encountered especially because LSD was his first film.

The Omerta actor stated that it was one of the happiest moments of his life when he faced the camera for the first time in Dibakar Banerjee's 2010 film. He added, "Then, after two days, I met Dibaker Banerjee and he then told me, 'You know, there is a scene where you have to be fully naked in the scene'. It took me (a few) seconds to just understand, and then I said, 'Yeah it's fine, it's my job'. I said, anything for my part. But I knew that I would now have to tell my parents and my family!"

He added that his parents took it easy. "They (the actor's parents) were cool. I just told them, I didn't even ask. I just told them, 'There is this film I got', and they were very happy. And then, 'You know, in the last scene I might be naked'. They were like, 'What!' I said, 'Mujhe nanga hona padega shayad' (I will have to go nude)! I told them, '(I'll be required to expose) only back, only back...no frontal nudity'. They were okay with it; never discussed this point," Rajkummar told IANS.

Other than LSD, Rajkummar also had to do nude scenes for his films 'Shahid' and 'Omerta'.

Rajkummar has a bunch of movies in his kitty including a comedy caper 'Turram Khan' in which he will share screen space with Nushrat Bharucha. He will also reprise his role in the second instalment of the famous 2018 horror-comedy 'Stree'. Shraddha Kapoor will play the lead in Stree's sequel as well. Rajkummar also has 'Roohi Afza' with Janhvi Kapoor. 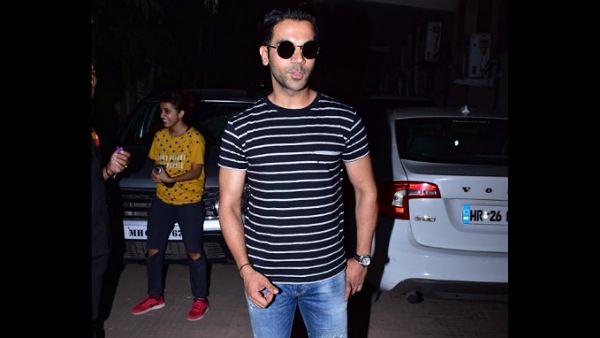 ALSO READ: I Really Wanted To Do Dostana 2: Rajkummar Rao