Here's some good news for all Shilpa Shetty fans! The actress is all set to end her 13-year sabbatical in films with Sabbir Khan's 'Nikamma', which stars Abhimanyu Dassani and marks the Bollywood debut of YouTube sensation Shirley Setia. She last starred in Sunny Deol-Bobby Deol starrer 'Apne'.

While Shilpa's role in 'Nikamma' is being kept under wraps, the actress is quite excited to be a part of this action-entertainer.

Shilpa Says Her Role Is Something She Hasn't Attempted Before

A TOI report quoted her as saying, "It feels great. I am ready to take the plunge again. It's a refreshing and unique project, and I am looking forward to working with Sabbir. I loved my role as it's something that I have never attempted before. I can't wait for the audience to see me in a new avatar."

She Is Happy To End Her 13-Year Sabbatical

The actress even tweeted, "Yesssssssss, it's true! My sabbatical of 13 long years comes to an end.. I am so excited to announce that the film you will see me next in is #Nikamma ,directed by @sabbir24x7 (cast still being finalised) featuring these amazing and talented actors @abhimanyud @shirleysetia @sonypicturesin. Need all your blessings 🙏😇 and Thank you for all the love always💗." (sic)

Abhimanyu Welcomed Her On Board

The actor tweeted, "So excited to announce this! Please welcome the Icon @TheShilpaShetty! Cherishing the opportunity to work with you on #nikamma & the Sunday binge." 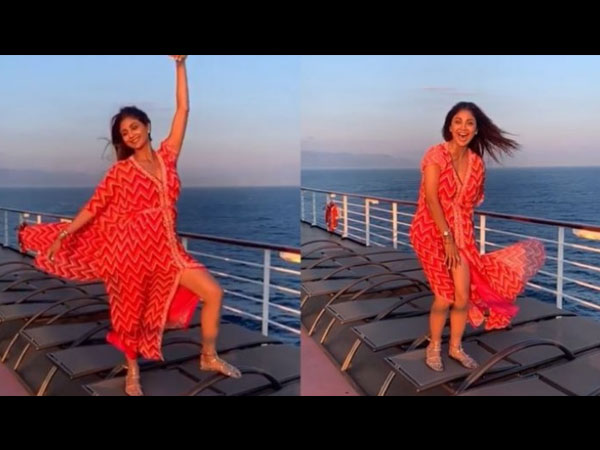