In the latest development in connection with the drug probe in Bollywood, executive producer Kshitij Ravi Prasad has reportedly been arrested by the Narcotics Control Bureau (NCB) after two days of questioning. Currently, the agency is completing the formalities. Kshitij was associated with Karan Johar's Dharmatics Entertainment in the past.

The news agency took to his Twitter page and wrote, "Dharma Productions executive producer Kshitij Ravi Prasad to be arrested by Narcotics Control Bureau soon, in connection with a drug probe. Formalities are being completed."

According to NCB officials, Kshitij allegedly arranged drugs on many occasions, stated a report in India Today. Further, another report in Times Now claimed that Kshitij was evasive during his questioning and the investigating team found his answers allegedly "unsatisfactory."

Kshitij's name came up when NCB probed a drug peddler. The peddler claimed that Kshitij was in constant touch with him, and procured drugs from him on multiple occasions.

On Friday, Karan Johar issued an official statement, a part of which read, "I would like to further state that several media/news channels have been airing news reports that Kshitij Prasad and Anubhav Chopra are my ‘aides'/'close aides'. I would like to place on record that I don't know these individuals personally and neither of these two individuals are ‘aides' or ‘close aides'."

The producer said that neither he nor his company can be held accountable for what people do in their lives, adding that "the allegations do not pertain to Dharma Productions."

He further said in his statement that Kshitij joined Dharmatic Entertainment in November 2019 as one of the executive producers on contract basis for a project which eventually didn't materialize.

Meanwhile, actresses Deepika Padukone, Shraddha Kapoor and Sara Ali Khan visited the NCB office today in Mumbai for the probe in connection with the alleged drug nexus in the film industry. 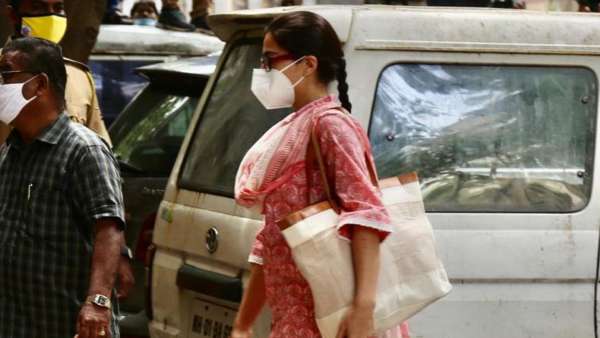