Chhapaak, directed by Meghna Gulzar, is one of the most anticipated films of the year. The film casts Deepika Padukone in the lead role, who portrays the character of Malti - an acid attack survivor. Recently, the title track of the film was unveiled by the makers and the track received a myriad of praises from the netizens. 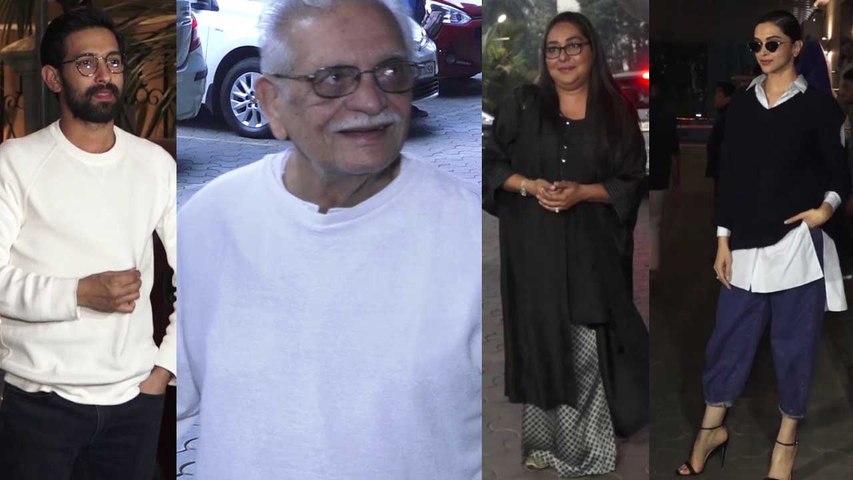 For the unversed, the lyrics of Chhapaak's title track are penned down by Meghna Gulzar's father, Gulzar Saab and in his latest interview with a leading daily, the veteran lyricist asks the movie-goers not to pity the acid-attack survivors. Inside Photos: Deepika Padukone Celebrates Birthday With Acid-attack Survivors, Ranveer Singh Cheers.

"It is the attacker who is defective, it is his mind that is handicapped. He needs to be taught. When people look at these survivors with those looks that say they are not 'normal' - it is the people looking at them like that who need to be addressed. There is nothing for the girls to do differently - it is others who have to change, how they think, how they react," adds the veteran lyricist.

In the same interview, Gulzar Saab also asserts that Chhapaak is not a sad film but a film about the fighting spirit of the acid-attack survivors, who refused to give up on their courage. ALSO READ: Chhapaak's Title Track Is Out: Netizens Laud Deepika Padukone & Arijit Singh.

He says, "What is the spirit of these girls? It is this - Just because the acid scarred my face, took away my recognition, doesn't mean I'll give up. I am more than my face, but you have to look through my eyes to see it. With this face also, I am alive, and I am fighting."