John Abraham wears his heart on his sleeve when it comes to showing love for the nation. Although he has not announced any contributions to fight the Novel Coronavirus, knowing how much he cares for the well-being of the country, he may very well have made contributions.

When asked about Bollywood celebrities announcing their donations, John said that it is fantastic, but someone like him would never make it known, not even in sneaky ways.

Talking to Hindustan Times about the question of whether to announce one's contributions or not, John said, "I think people who have announced, have done fantastic jobs. People like me would not make it public, not even through a subversive way. Not even through a PR person, where you find out 'Hey, John has been doing this, he has not told anybody, but he's actually told people to tell'. So I am probably right at the other end."

He continued, "This was scary. Someone in the business told me 'This is your time to buy goodwill'. We are faced with a real-life situation, and it's not time to, quote unquote, 'buy' goodwill. It is something I choose not to say, even if I am doing. Like I said, nothing wrong with people who have said it. Hats off to our industry, we have come together as a unit."

John is grateful for the frontline workers who are like warriors at this time. "The police, Army, medical professionals and all of them, these are your COVID warriors, like they call them, who are actually risking their lives, specially the medics, ward boys. They all are the real-life superheroes. Situations bring out unlikely heroes, and this pandemic has brought up probably the likeliest ones, that's the people in the medical profession," he said.

Although his life hasn't changed drastically because of the lockdown, he feels there will be a new normal post lockdown. 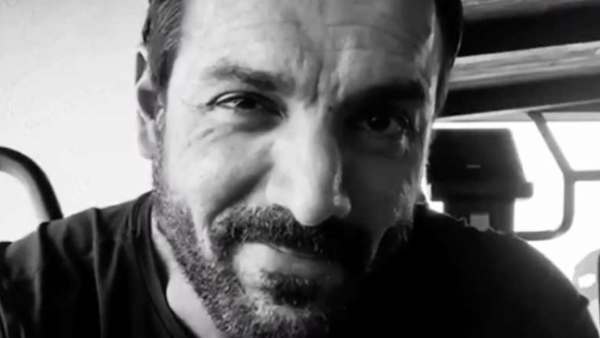 ALSO READ: John Abraham To Play A Triple Role In Attack? This Is What The Actor Has To Say