Karan Johar is on the seventh sky as the actor is honoured with Padma Shri, which is the fourth highest civilian award in the Republic of India, after the Bharat Ratna, the Padma Vibhushan and the Padma Bhushan. Interestingly, Kangana Ranaut is the only Bollywood star, who is honoured with Padma Shri this year and despite all the cold war between her and Karan, the latter is all praises for her.

When asked about Kangana being honoured with Padma Shri along with him, Karan told Mumbai Mirror, "So much has been said about Kangana, me and some kind of rivalry or simmering tension. But at every public event we've met, we've greeted each other graciously. Whatever may have been said or insinuated in print, I think I'm too old and wise to hold any kind of malice in my heart for anybody."

Karan also said that as a filmmaker, he respects Kangana's talent, craft, and what she brings to the table. He believes that she is an actor who has proved her mettle and is deserving of the honour. Karan also added that besides Ekta Kapoor and Adnan Sami, he is honoured to receive the Padma Shri alongside the Fashion actress.

When asked if Karan would ever collaborate with Kangana in future over a film, the Ae Dil Hai Mushkil director rather gave a positive reply and said, "Tomorrow, if I have a film for which I need Kangana, I will pick up the phone and call her. Whatever the problem, whatever may have been said on social media, is irrelevant to me. I'm a filmmaker and she's an artiste and no amount of personal bias should come in the way of that relationship. I believe in that and will stand by it." 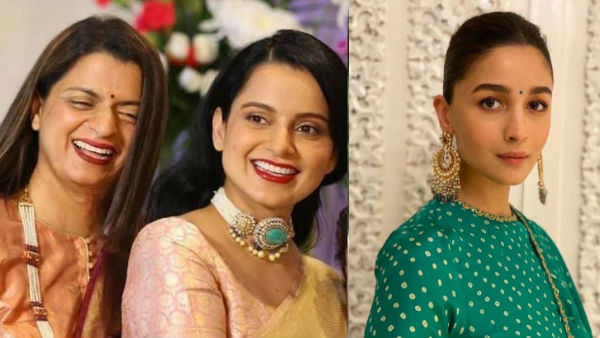 Alia Bhatt On Sending Kangana Ranaut Flowers: 'Let Them React The Way They Want, I Am Happy For Her'

On a related note, Karan is in a prep-mode for his much ambitious project, Takht, which casts Ranveer Singh, Kareena Kapoor Khan, Alia Bhatt, Anil Kapoor, Vicky Kaushal, Janhvi Kapoor and Bhumi Pednekar.