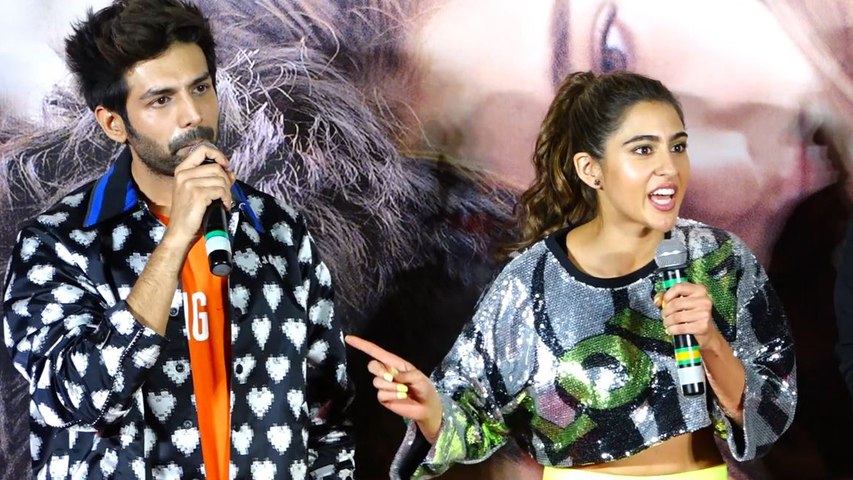 It all began when Sara Ali Khan confessed having a crush on Kartik Aaryan on Karan Johar's Koffee With Karan. Soon, rumours about them being a couple hit the headlines and their fans even came up with a name for their jodi, 'Sartik'. Now, the rumoured lovebirds are all set to share screen space for the first time in Imtiaz Ali's Love Aaj Kal, the trailer of which was dropped online today.

With the film releasing on February 14, 2020, a reporter at the trailer launch event asked Kartik and Sara about their Valentine's day plans this year. Here's what 'Sartik' had to say.

When a journalist asked Kartik and Sara about their Valentine's day plans this year, "We will be watching this (Love Aaj Kal) on Valentine's Day. What else will we do?" When the reporter asked Kartik the same question, Khan interrupted saying, "Why are you asking him? You won't come? "Together?," Kartik jokingly asked to which Sara stated, "Of course, what else? It's our film. Who else will you go with?" Finally Kartik said, "The two of us will see the movie that night. We will see Love Aaj Kal that night. It will be a date night. 13th February and 14th February, both nights we will see the movie."

"When Sara had said on national television, I then had a crush on her. From then on, I have been getting shy all the time." He added, "I don't know what to tell you when you guys ask me this. Sara had said it clearly, but what would I say?

Sara Ali Khan On Working In An Imtiaz Ali Film

The actress said, "It has been a dream come true to work with Imtiaz Sir. He is such a warm, gentle and nurturing person. He knows exactly what he wants, and knows, at least in my case, how to get it from me. I am stammering today because I cannot believe that I have had the opportunity to work with him. I still remember the day I met him in New Delhi, when I was feeling terrible after giving a bad shot, and Imtiaz sir told me that I should feel that way. So, he knows how to tell you how you should feel, and that taught me a lot."

"It is like a dream come true. I remember the first time I got a call from him. I was shooting for Lukka Chuppi. I was surprised, and I locked myself in the vanity van. I told everyone that I was in the washroom as I had an upset stomach. But I was talking to Imtiaz sir on the phone, and I did not want to be disturbed at all. When we were talking about the film, it was something else, and Love Aaj Kal happened. Love Aaj Kal, Rockstar are amongst our favourite films. So, I don't know what to say. It is a complete circle. It is amazing how sir saw me in Veer and Raghu's characters. My thought process has changed so much while working with him. It was an experience working with Imtiaz sir," said Kartik. 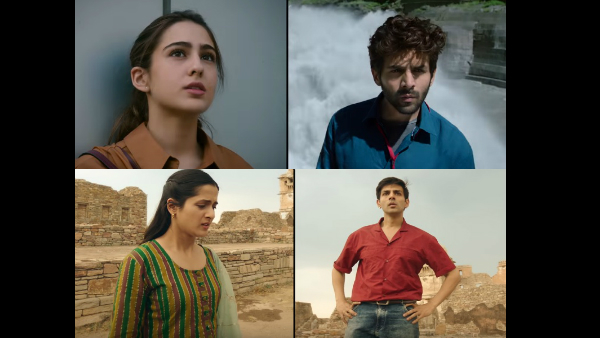 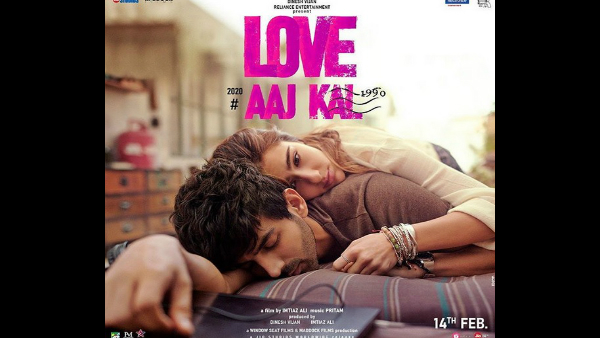