Anushka Sharma recently took to her social media handle to share a beautiful picture of herself posing against the backdrop of a cricket stadium. However, she also had a message for her husband Virat Kohli in the caption of the same. For the unversed, Virat is gearing up for the World Test Championship Series that is scheduled to take place on June 18, 2021.

Talking about the picture, Anushka can be seen sporting her million-dollar smile as she poses in front of the stadium. The Rab Ne Bana Di Jodi actress can be seen sporting a printed white hoodie-jacket that she has paired up with loose cream-coloured sweatpants. Take a look at the same.

However, the actress' caption for the same was simply unmissable. Anushka stated that the 'Don't bring work home' policy will not be applicable for her husband Virat Kohli for some time now. She also used the hashtag #QuarantineAtTheStadium along with the post. This may be in reference to the actress and her daughter Vamika being with Virat in England during the World Test Championship series. 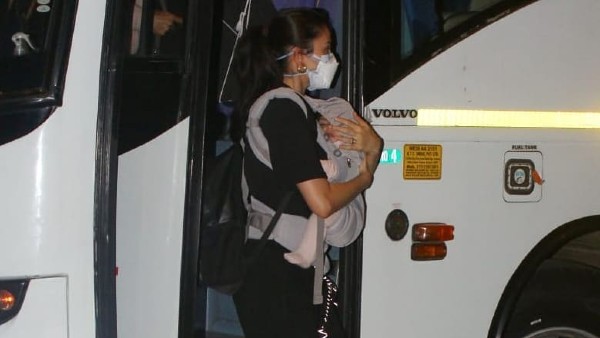 Earlier Anushka Sharma and her daughter were spotted leaving for England along with Virat. The pictures of the same were quick to go viral on social media. However, this also went on to enrage the netizens who lashed out at the paparazzi for invading the couple's request for privacy time and again regarding their daughter. They also asked the paparazzi to delete the pictures of the couple's daughter. 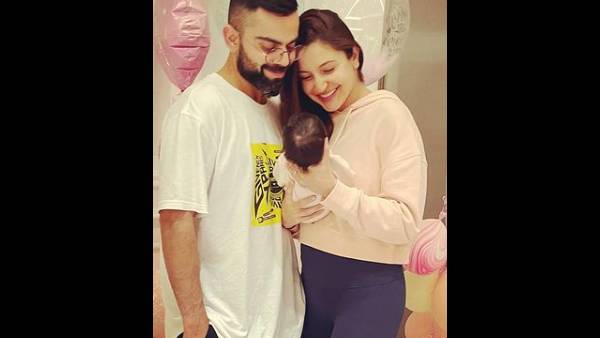 For the unversed, Virat Kohli and Anushka Sharma had asked the paparazzi to not click pictures of their daughter during the time of her birth. They had also sent some goodies to the paparazzi for abiding by their request. However, it seems like some paparazzi have seemed to have forgotten the couple's request for privacy.

Virat Kohli had also conducted a chat session with his fans on his social media handle recently. One of the fans had asked the cricketer the meaning of his daughter Vamika's name and asked him when the fans would see a glimpse of their daughter on social media. To this, he had replied stating that Vamika is another name for Goddess Durga and that the couple will only start sharing pictures of their daughter when she will be matured enough to understand what social media is and will be comfortable with the same.