Bollywood actress Kajol is quite active on social media where she gives fans a sneak-peek into the daily happenings in her life. Every year, the diva celebrates Durga Puja with pomp and splendour. This year too, Kajol continued that tradition and paid a visit to North Bombay Sarbojanin Durga puja pandal with her friends and family on the eve of Ashtami. 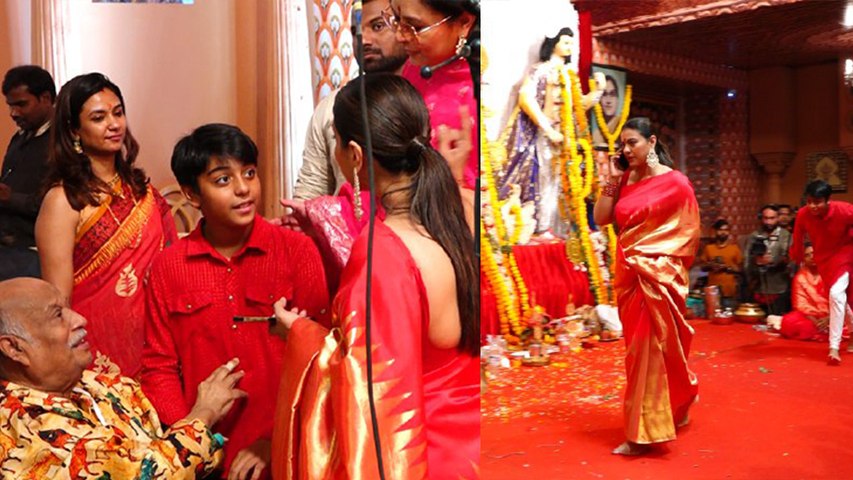 Later, she took to her Instagram handle to drop an appreciation post for her son Yug for continuing their traditions and serving food to people. She captioned it as, "So proud of my son serving at the pujo and all.. the tradition continues...#durgapuja #proudmom #blessingsrecieved."

In the video, Kajol looks stunning in a traditional hot pink saree while her son Yug is seen dressed in a pink kurta. We see the Dilwale Dulhania Le Jayege actress holding a big bowl of food. On the other hand, Yug is seen serving food to the people at the pandal.

Kajol also used the quintessential sound of dhaak (traditional Bengali drums) as the background music in her video.

Tanishaa along with Kajol's cousin Rani Mukerji also attended the Durga Puja festivities. Rani and Tanishaa were seen getting emotional and sharing a tight hug with their uncle Deb Mukerji.

Workwise, Kajol is all set to foray into the digital space with her upcoming web series The Good Wife for a leading OTT platform. She is also headlining Revathy's upcoming directorial Salaam Venky.