After The Villain, Century Star Shivrajkumar's fans were eagerly waiting to watch him on the Silver Screen. After a long wait, his crime thriller Kavacha finally hit theatres today. Though Shivanna had previously told that he wouldn't act in remake films, Kavacha's script came across so interesting that the actor signed the deal. However, the film which was initially scheduled to release in December 2018, got postponed several times for many reasons. Therefore, fans were highly anxious as to what the film had to offer them. If you're planning on watching Kavacha, read the complete review below!

Shivrajkumar plays the role of Jayarama, who is visually-challenged. One of the residents from his society is a retired Supreme Court Judge, who shares a secret with him, which turns his life around. He also makes Jayarama guardian of his daughter before being murdered. The story revolves around how the protagonist fights against the serial killer to save the judge's daughter's life.

Shivrajkumar's acting in Kavacha is highly commendable! He connects with the fans at an emotional level. Female leads Isha Koppikar and Kruthika Jayakumar also play strong roles unlike in the original film. Meanwhile, the antagonist is played by Vasishta, who is another highlight of the film. Needless to say, the chemistry between Shivrajkumar and Baby Meenakshi is exceptional.

GR Vasu had made it clear from the start that the script of the film has been altered to meet the demand of the Kannadiga audience. Therefore, unlike Oppam, commercial elements in Kavacha are well retained. The characters are also commercial in nature than realistic. The fighting sequences have been enhanced in the film.

Ron Ethan Yohann has taken care of the BGM. He has made his debut with Kavacha and has won fans' appreciation for his brilliant work.

Emotions well executed in the most realistic ways

Watching Shivarjkumar play an unconventional role is certainly entertaining. Besides commercial and emotional factors, the film has a good message to give away. It definitely is a good family entertainer to look out for this year. 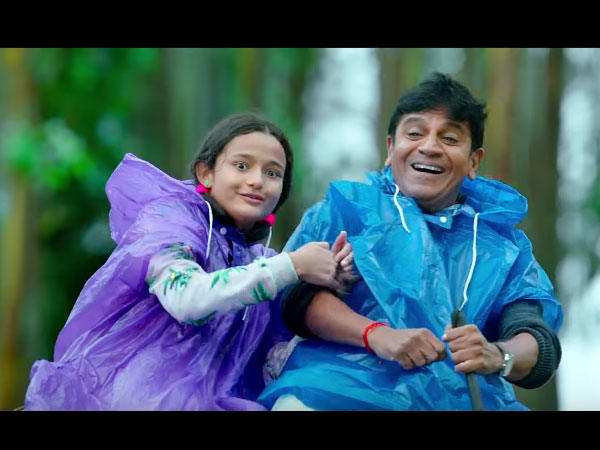 Kavacha Twitter Review: Here's What The Fans Have To Say About Shivrajkumar's Crime Thriller