After Yash's KGF turned out to be a superhit, fans were eagerly waiting to know what the sequel has in store for them. The makers themselves had sated that they were planning on introducing new characters in the latter part of the films. KGF Chapter 2 went on floors a few weeks ago, but we weren't aware of the developments. Yesterday, Hombale Films told the fans that they had a big announcement to make. As predicted, they have revealed the name of a new addition to the KGF family.

Today, it was revealed that Bollywood actor Sanjay Dutt has been roped in to play the role of Adheera in KGF Chapter 2. Also, his first look will be unveiled on July 29 at 10 AM, on the occasion of the senior Bollywood actor's birthday.

As per the reports, there are more characters introduced in the KGF Chapter 2. Speculations are suggesting that Raveenda Tandon is also approached to a pivotal role in the film. However, we can't comment until KGF team makes an official announcement.

Now that one of the major revelations regarding the character in KGF have been made, fans are eagerly waiting to Yash's new look. Apparently, his character is made to look more rugged than it did in the first part. Also, Yash himself had stated that the sequel would be bigger and better. 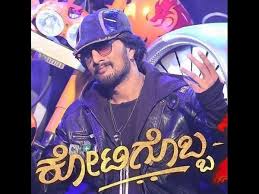 Are you happy about Sanjay Dutt's entry in KGF Chapter? Let us know in the comments below!