It is always a feast for the fans when their favorite stars come together. In yet another rarest sighting, Sandalwood actor Shivrajkumar was spotted with Tollywood superstar Mahesh Babu. These two actors were snapped together on the sets of Maharshi. When the pictures began making rounds on the internet, fans couldn't stop themselves from appreciating the Hatrick Hero's simplicity. While Mahesh Babu chose to suit it up, Shivanna was seen in simple formal attire. Commenting under the picture, fans said, "Huge respect for shivanna for that simplicity" and "huge respect shivanna" - (sic)

Shivrajkumar isn't the first Sandalwood actor that Mahesh Babu met up with on the sets of his film. Previously, Sri Murali was spotted having a chat with the Telugu star at the same location. The shooting for Mahesh's Maharshi and Murali's Bharaate were taking place at Ramoji Film City. The two actors ran into each other and decided to even capture a few selfies. 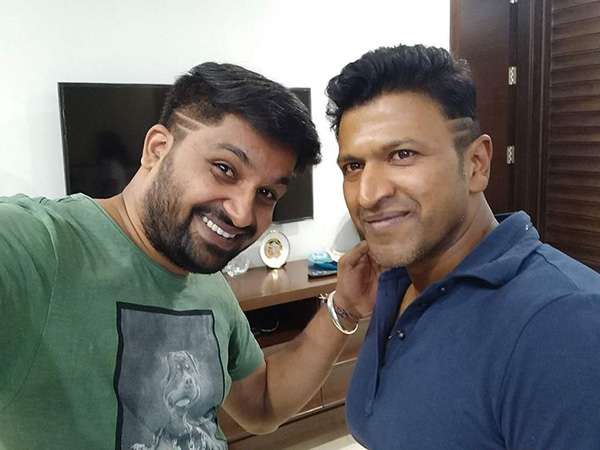 MOST READ : Puneeth Rajkumar's B'day Will Be A Memorable One As Pavan Wadeyar Has The Most Special Present!

Mahesh apparently, used the opportunity to praise Murali's work in Ugramm. Reportedly, both the actors spoke for nearly an hour. During their conversation, Mahesh Babu even discussed the Kannada Film Industry. He said, "The trend in Sandalwood is changing and it is truly amazing". Maharshi actor also said that he's happy to see that more Sandalwood films being shot in the film city than Tollywood. Mahesh Babu's film is scheduled to release on May 9, 2019.