Ex-Bigg Boss contestants Niveditha Gowda and Chandan Shetty, who hosted a lavish wedding reception yesterday (February 25), tied the knot today in the presence of their family members and friends. The wedding was held in Spectra Convention Hall which is on Hunsur Road, Mysore.

Wedding As Per Hindu Customs

The wedding, apparently took place as per Hindu customs. The rapper was seen in a silk veshti (dhoti) and donned a turban (pheta). Niveditha looked like a doll in a pink silk sari and traditional temple jewellery.

Chandan & Niveditha Are All Smiles As They Tie The Knot

In one of the videos that is doing the rounds on social media, Chandan is seen performing wedding rituals in the presence of his family members. In another video, the bride and the groom were all smiles as they tied the knot.

About her wedding attire, Niveditha had told TOI, "I was with my mother while selecting dhaare saree and for the reception dress, I and Chandan met a designer, apart from that all sarees and jewellery designs are selected by my mother."

About honeymoon, the actress had said, "We plan to go to the United Kingdom for our honeymoon. We want to get our VISAs sorted first. Once that is in place, we will decide where exactly to go."

For the uninitiated, Powerstar Puneet Rajkumar, Akul Balaji, Druva Sarja and others graced Nivedita and Chandan's grand reception that was held yesterday. The pre-wedding rituals were held on February 24 and 25. The couple also released a new video 'Get high', which is getting mixed responses from the audience. 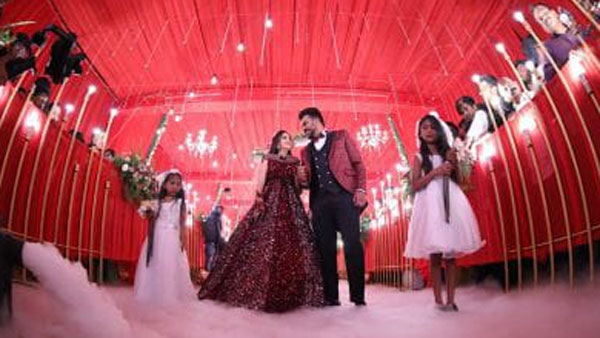 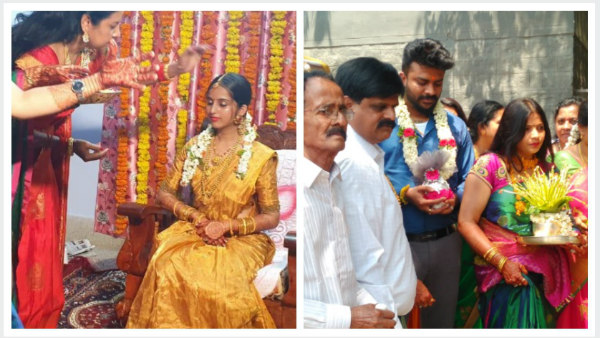