In an exclusive interview with Filmibeat, producer Krishna Chaitanya opened up about his film that revolves around five friends, who see their lives change forever as they look to save themselves from the evil spirits. Here are the excerpts!

Can you tell us a little bit about the film and the response garnered by its teaser and trailer?

It’s a horror suspense thriller and the curiosity of the audience is piqued when they watch it for the first ten minutes and you get hooked on the movie. It gives you twist and turns every 10-15 minutes. So, let’s assume if I am watching this movie as an audience, I might guess how things might unfold but it won’t happen and there’s something else that’s being presented there.

The theatrical experience has been a key factor for enjoying horror-thriller genre films. Do you feel the audience can get the same effect on other devices?

100 percent they would get the same effect. It’s not a point of the small screen or big screen because not everyone sits and watches in mobile. They connect it to their TV or home theatres at home. And right now, Amazon Prime Video has become quite big and I am sure every house has downloaded the app and have been watching, because entertainment is the main criteria that was missing after this lockdown. As a result, this worked for us.

And see, watching a horror movie, it’s not that you just keep it on the phone screen and you watch the horror movie. I don’t think you watch it that way. While I could connect it to the Bluetooth or headphones and that sound effect, you do get it in it. And then there will be people who don’t like to go out in public and show their faces that they are getting scared. But rather sit inside and enjoy it more, they watch it alone in the night and so on.

What message would you like to give the audience?

See, we normally keep telling this when we do press meets when there’s a theatrical release that please buy the ticket, watch the film in the theatre and then give us your feedback. And since you are paying 100 rupees, we make sure that your 100 rupees is worth it for watching the movie. But here on Amazon, it's more easy and accessible to everyone because they are only paying monthly or yearly a small amount. So, they are easily getting to watch good movies and you watch it once, you like it then please refer it to other people to watch. And when everyone watches and gives their valuable feedbacks, Amazon also supports the production house for the next movie what they are doing.

At the end of the day, it’s the audience who need to watch it and influence more people who haven’t yet subscribed, to come on board. I would be happy if by seeing this movie, another 10 come at a regular basis, that would help us and that’s also something a good movie should be doing is what I believe. 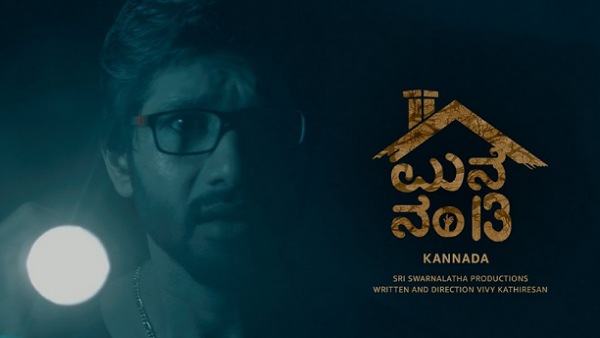