It is no secret that 2018 was an eventful year for actress Priya Varrier. The young lady took social media by storm courtesy her cute wink in Oru Adaar Love, becoming the talk of the town for all the right reasons. In fact, such was the craze surrounding the teenager that she became an overnight sensation. Sadly for the 'Wink Girl', Oru Adaar Love failed to live up to expectations and ended up being a disappointment. To makes worse, she got trolled for being the 'weak link' of the romantic-drama.

Admist all this, rumours of Priya dating co-star Roshan Abdul Rahoof began doing the rounds much to the surprise of all concerned. A few days ago, she told a leading channel that the rumours were incorrect and added that they would soon 'fade away'.

"It's natural that when you act for the first time in a film, you would share a certain rapport with your co-star, who is also a first timer and of the same age. It makes both of us comfortable and learn from our mistakes, without being stressed about our performances. rumours are, after all, rumours, and it will fade out once the reality sets in," she added.

Now, Priya has once commented on the matter. While maintaining that she is not dating anyone, she said that Roshan is a 'good friend' and added that she would love to act with him again.

These are some sweet comments and might grab plenty of attention. 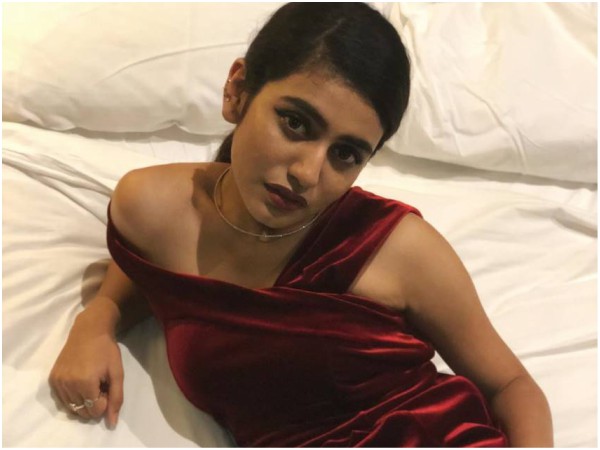 Priya Varrier Lets Her Work Do The Talking? A Befitting Reply To The Trolls?