Jayaram is one of those actors who never fails to entertain people with flashback stories, be it for award functions or TV programs. Being a mimicry artist too, the senior actor incorporates those stories with imitation of the characters included. A few months back, the actor revealed an untold story that he had witnessed while dropping Prithviraj's late father and actor Sukumaran at his residence. Interestingly Jayaram was narrating the story when he was invited on stage to present Prithviraj with the Best Director award during a prominent award function. Here goes the story..

The Untold Saga In The Words Of Jayaram!

The story goes back in time to 30 years ago. During the shoot of the 1988 movie Witness, Sukumaran had asked the then young actor Jayaram to drop him home. When they reached his residence, the late actor requested, "The children (Indrajith and Prithviraj) will be home now, if you can wait, you can meet them and go". Hence they waited for the kids who arrived after a few minutes in short trousers and t-shirts.

Jayaram took a picture grabbing each one of them on each hand. As soon as he was about to bid goodbye to the star family, Sukumaran said, "Angane angu poyalu engane? teran iladu tanechu poyal ele patulu!" (How can you go just like that? You have to pay what you owe!). Unclear with what the legendary actor said, Jayaram asked for clarity. The actor, known for hard-hitting sarcasm, said, "There is a ritual that anyone who comes to my home, whether it is Mohanlal or Mammootty have to give me something before they leave."

Jayaram with due respect said that he had nothing to give at the moment. Looking at the brand new cooling glass of the actor, Sukumaran asked for it without any pity. Jayaram revealed that he was heartbroken while giving it as he had bought the glasses with a lot of yearning and paying a hefty amount. He also said that he had told this story to the Sukumar brothers who amusingly responded saying that it was their father's habit to grab things from different people in the name of 'ritual'.

Thirty years later, when Jayaram met Prithviraj to bestow him with the prestigious award, the former took complete benefit of the chance he got on stage. Noticing a stylish glass on the pant pocket of Prithvi, the actor demanded to pay back for his father's 'wrongdoing' that took place 30 years back. While taking it he said, "He is one such actor who uses more number of cooling glasses after Mammootty." Whimpering like a kid, Prithviraj responded that it's a bluetooth cooling glass. Finally taking hold of the situation, Jayaram wore the glasses in style and shook hand with Prithviraj saying thank you, henceforth closing the chapter to the long-overdue revenge! The Padma Shri Awardee also asked the actor to cast him in his next movie, after which he would give back the expensive cooling glass. 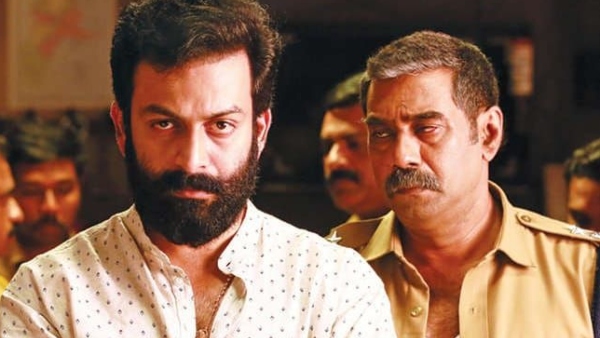